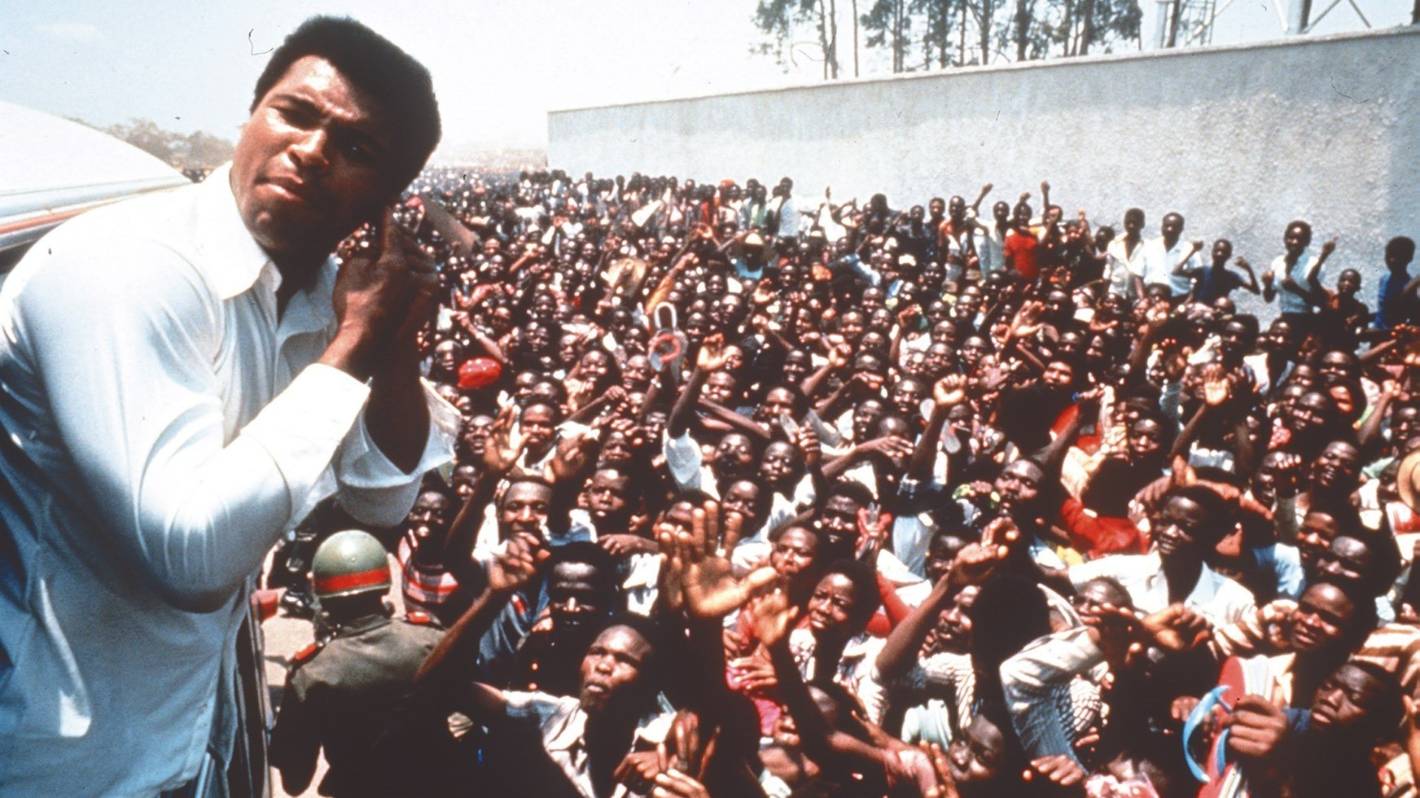 When We Were Kings: The documentary masterpiece finally available to stream in New Zealand

REVIEW: The Oscar for “Best Documentary” raises as many contentious and just plain stupid decisions as any other category. Or, maybe even more.

You can still ruin my day just by reminding me that in 2013 the absurdity of Looking for Sugarman won the award ahead of the absolutely heroic 5 broken cameras.

Or, that march of the penguins once won, in a year that included Enron: The smartest guys in the room.

But at the start of 1997, no one could have disagreed when Leon Gast When we were kings brought the statue home.

READ MORE:
* From Civil War to Country Music: Why Ken Burns is America’s Best Documentary Director
* 1971: The year music changed everything: Apple’s incredible and indelible doco
* Echoes of Ali’s rumble in the jungle
* Muhammad Ali dies: A fight-by-fight look at the stages of his career

Gast had traveled to Zaire to make a film about the music festival that was to precede the 1974 title fight between Muhammad Ali and George Foreman.

When the fight was postponed for over a month, Gast stayed and began to focus on the upcoming fight and the boxers – especially Ali.

Returning to the States with over 130 hours of 16mm film, Gast worked for decades to complete the documentary. What he finally did is a masterpiece.

Over a period of 90 minutes, When we were kings works as a beautiful biopic of Ali, a deft introduction to race and politics in America in the civil rights era – and also as an introduction to an era of heavy hitters when giants like Ali, Foreman, Joe Frazier, Larry Holmes and Ken Norton walked the ring.

On fight night, Ali was an aging underdog who some people feared would die in the ring. Foreman was a monster who beat everyone he fought – brutally and convincingly.

Gast shows us not all eight towers, but enough, with enough expert commentary, to make us feel some of the incredible happenings of the night. Even people who claim to hate boxing are moved and captivated by what happened in Kinshasa in the hours before the monsoon rains fell.

For years, When we were kings has not been available to stream on these shores. But DocPlay finally secured it. It’s an immortal, unmissable film.

When we were kings is now available for streaming on DocPlay.