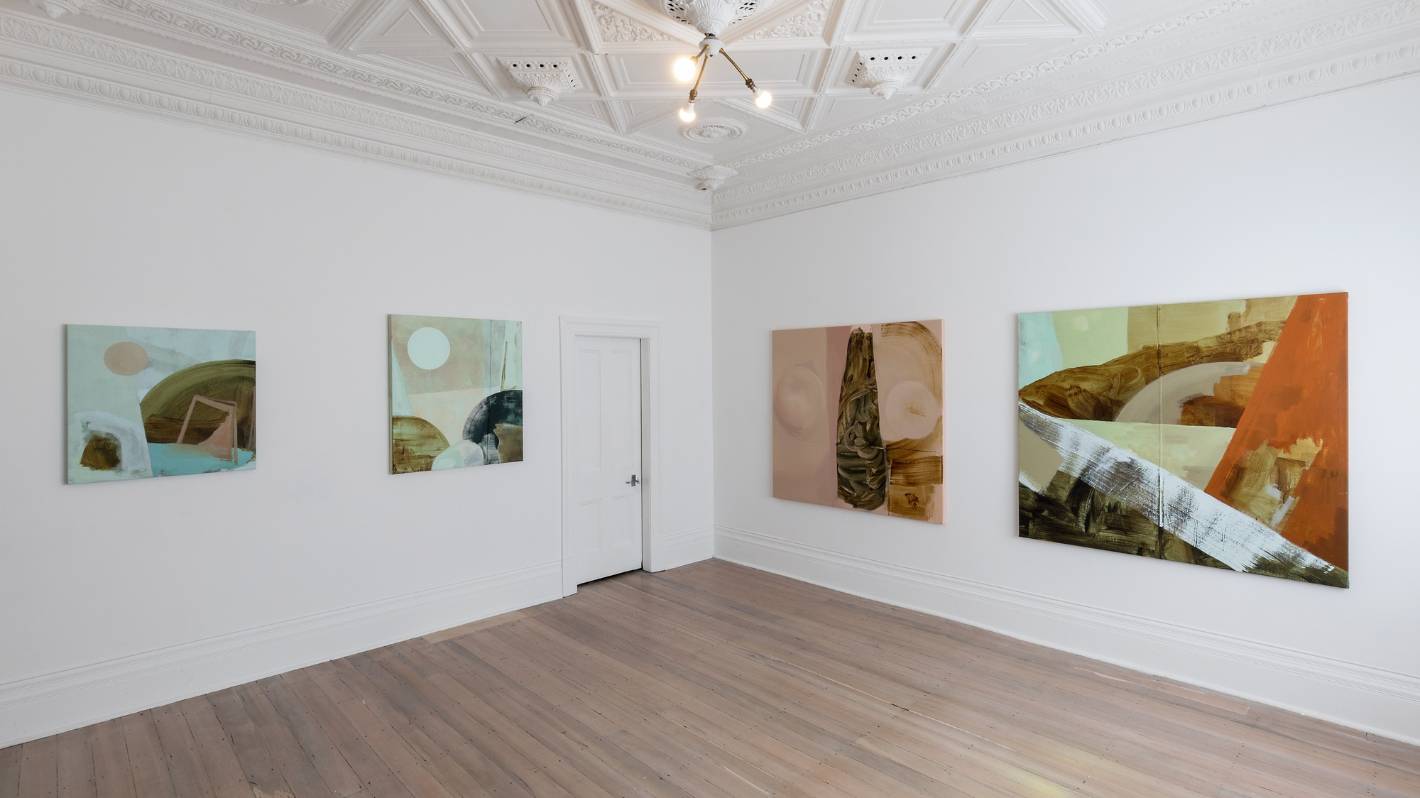 An exhibition of new paintings by Christina Pataialii at the McLeavey Gallery in Wellington.

New Zealand arguably has a better history than Europe or the United States of recognizing female artists working in what was once considered a male medium.

Frances Hodgkins, Rita Angus, Gretchen Albrecht, Margaret Stoddart, Louise Henderson, Doris Lusk, Robin White, to name a few, are part of the fabric of our art history. A 2018 survey in The spin-off found that in some respects we are going against global trends, but at the institutional and gallery level, an imbalance persists.

Christina Pataialii’s star has been on the rise since graduating with an MFA from Whitecliffe College in 2018. This year alone, her career highlights include institutional exhibitions in Tauranga, New York and Brisbane and a personal exhibition “New Paintings” currently at the McLeavey Gallery.

Pataialii’s painting footsteps in the dark is on display at the New Museum in New York until January 23, 2022. Part of ‘Soft Water Hard Stone’, the New Museum’s fifth triennial, she is one of 40 artists and collectives from around the world and the only artist to ‘Aotearoa. In Brisbane, it is presented at the 10th Asia-Pacific Triennial of Contemporary Art, until April 25 next year.

Born in Auckland, Pataialii draws inspiration from the migrant work ethic she learned from her father, who moved to Aotearoa from Western Samoa in 1974 and worked as a house painter. She arrived in 1988 and her work is inspired by her early memories of being on construction sites with Dad, pop songs from the 50s to the 70s played on the radio while he was working.

The pastel pinks and browns are a nod to the hues of Auckland’s state houses of that era, song fragments are sometimes used as titles. Choosing canvas to experiment with scale, Pataialii works with acrylics and homemade paint and sometimes also plays with dad’s tools of the trade: wallpaper rollers and brushes.

At the Tauranga Art Gallery, for example, she painted directly on the two largest walls of the cavernous atrium, as well as on sections of painter’s canvas that had been stapled to the wall. His works are superimposed with gestural marks that go from the abstract to the figurative.

Painting intuitively, Pataialii creates pictorial problems for herself which she then strives to solve. For ‘New Paintings’, at the McLeavey Gallery in Wellington, she took fragments from the Tauranga exhibition and cut them up, re-stretched and recontextualised. She also revisited the house paint colors of her youth, adding rust, mustard and mint green to pinks and browns.

Likewise, Kate Yesberg ended a very strange year with her first solo exhibition at the Suite Gallery in Wellington after sharing the bill with Geoffrey Notman at the Suite outpost in Auckland in January.

Self-taught, Yesberg has degrees in law, anthropology and religion, but no formal training in art. She practiced law for several years and did not start painting until her late twenties. She tells me it felt so good, it was like meeting her properly for the first time.

Now a full-time artist, Yesberg works with geometric abstraction using acrylics in primary colors, flamingo pink, racing car green and aquamarine built from black canvas, layer by layer. Its incredibly precise horizontal and diagonal triangles, spheres, orbs, and stripes are painted on without the use of tape, so edges that look harsh from afar are softer up close with the artist’s hand gently visible.

Paintings start with a simple idea, usually in composition and sometimes in vibrant colors.

“Each series is named after an energy within me that I used and reflected in the paintings,” she says. The ‘Robert’ series aired in January, while the latest ‘Nina’ series has been germinating since mid-2020 when Yesberg made a significant personal decision, after multiple miscarriages, to stop actively trying to conceive.

“I feel more grounded with these paintings, aware of my power and my potential – like that moment before you go on stage, when you stop and breathe and gather in anticipation,” she says.