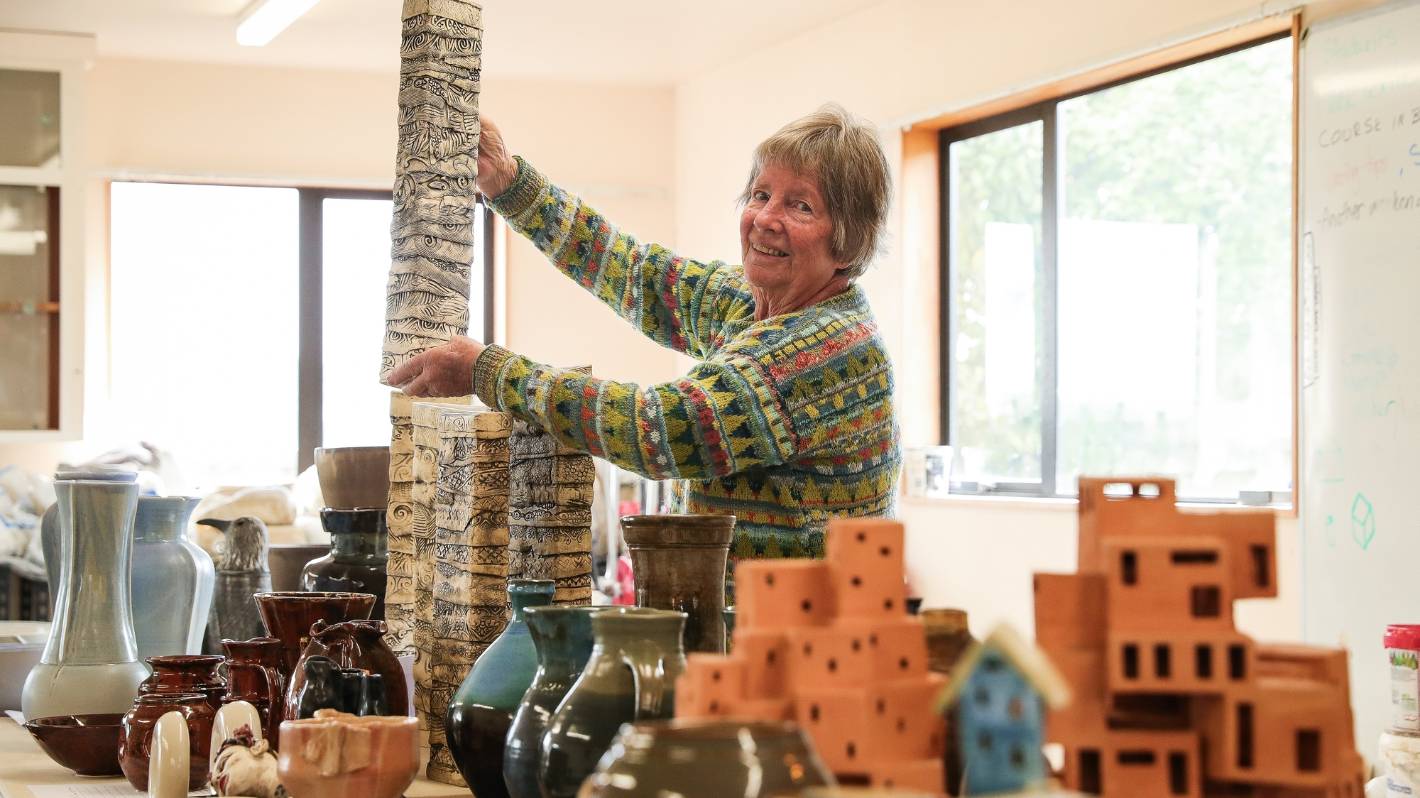 From humble beginnings in the late 1960s, the South Canterbury Pottery Group will host its 50th exhibition at the Aigantighe Art Gallery.

The group held its first exhibition in 1975 and one of the instigators, Pat Currie, is amazed at how far the group has come.

“It’s a really amazing collection of work, there’s a lot of variety there, some of it is really imaginative,” Currie said.

Along with Adrienne Lamb, Currie selected the pottery that will be included in the 2022 The Golden Anniversary exhibition which runs from Saturday to October 23.

The first show started with just cups, casseroles and “everything you could use,” she said.

“These are the people these days who really use their imaginations,” Currie said.

Currie joined around 1966, with a keen interest in pottery, but said no one in the group really knew how to make it and, due to the location of the area, was unable to get much instructions.

“We are a bit isolated here.

The first exposure came after New Zealand potter Paul Fisher visited Timaru and led a class, teaching the group life skills and told them that exposure was an important part of creating.

“It’s nice to have something to work for, it’s really important.

“I remember watching it [Paul Fisher] and think, ‘this is what I want to do for the rest of my life’, just like that.’

Currie said there had been some fluctuations over the years and the members had to work hard in the beginning to keep the band going.

“In the 70s we had nowhere to work, we spent all our time fundraising for the first 10 years.

“In the 90s, there was a little lull… nobody wanted handmade work.

“In the last 10 years, there has been a real revival for craftsmanship.”

The group now has a long waiting list to enter.