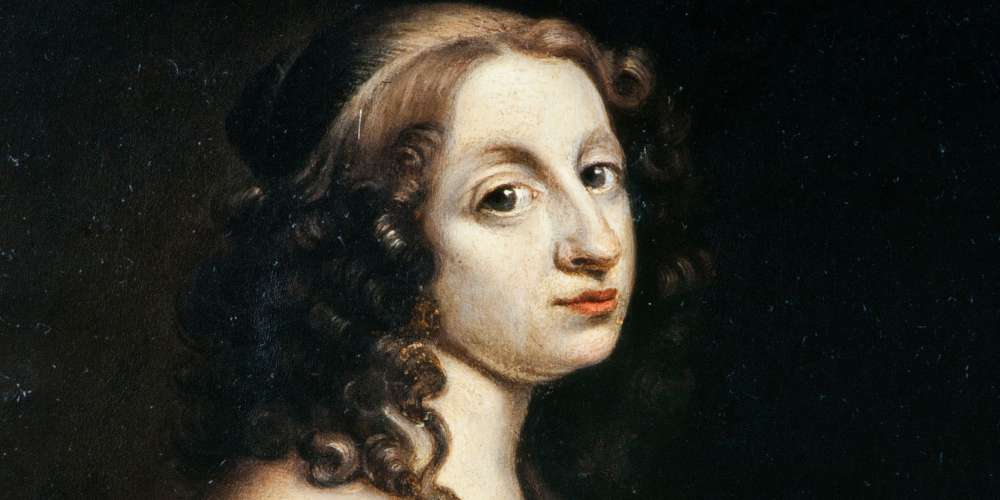 Ruling with a Soft Glove: 7 Queer Royals Throughout History

Homosexuals have always existed. The problem is that depending on how much historians know about queer identities and culture, and how they interpret the facts, queer people from different eras don’t always get the recognition they deserve. But of the many well-known queer names over time, some have had more power than most. Some have even been queer royals.

As you will see in this article, some members of the queer royal family are the source of euphemisms for referring to homosexuality; many have contributed to breaking gender norms; and some fought the good fight, pushing back against fascism and the like. Overall, queer royals have had a significant impact on society, though their contributions and stories are often less publicized or entirely unknown to most.

For our final dive into queer history, here are 7 queer royals we find particularly interesting:


Emperor Ai had a close relationship with Dong Xian, a politician who quickly rose to prominence, possibly due to their relationship. A euphemism for homosexuality, “the passion of the cut sleeve”, even comes from a story about their relationship. The two often slept together, sharing a straw mat. One afternoon, Emperor Ai woke up before Dong, but because Dong’s head was on Ai’s sleeve, he chose to cut it off rather than wake him up. This historical figure is just one example of China’s long queer history (which the nation has fought mercilessly more recently to erase).


One of the most interesting queer queens is Queen Nzingha Mbande, also known as “The Woman King”. She ruled the kingdoms of Ndongo and Matamba (in the north of present-day Angola) and rose to power after the death of her father and brother. She would only respond to “King” and wear both men’s and women’s clothing, presenting herself in a way that disrupted the gender binary. We love a gender non-conforming king.


Portrait of James I by Paul van Somer


King James had a large number of male lovers, but perhaps the best known of these was George Villiers, 1st Duke of Buckingham. There was even a secret hallway connecting James’ room to Villiers’. Like many other queer royals, the two exchanged many romantic letters. Villiers reciprocated James’ affection in them, once writing, “I will live and die in love with you.”


Christine of Sweden by Sébastien Bourdon


Queen Christina broke gender norms, often dressing like a man. She was also highly educated – as male royalty often would be. Christina also had a close and intimate (and possibly romantic) relationship with Ebba Sparre. She caused a huge scandal by refusing to marry, wanting to abdicate her throne. When granted permission in 1654, she moved to Rome, where she continued to write impassioned letters to Sparre long after she had left Sweden.


Another potentially queer royal was Britain’s Queen Anne. Although researchers are not completely certain of Queen Anne’s sexuality, it is believed that she was entangled in a lesbian love triangle. Sarah Churchill, Duchess of Marlborough, had a close relationship with Anne, but over time they grew apart due to conflicting political beliefs. As the two grew apart, Anne developed a close friendship with Abigail Masham, Sarah’s cousin. Abigail became one of Anne’s favorites, which made Sarah extremely jealous of Anne’s affection for Abigail. In dramatic royal fashion, their falling out ended with Anne laying charges of embezzlement to remove Sarah and her husband from the royal court. (All of this may sound familiar to those who have seen The favourite with Olivia Colman as Queen Anne, Rachel Weisz as Lady Sarah and Emma Stone as Abigail.)


Portrait of Princess Isabelle of Parma by Jean-Marc Nattier


Princess Isabella of Parma was deeply unhappy in her marriage to Archduke Joseph of Austria, but she found happiness with her husband’s sister, Archduchess Maria Christina. Isabelle sent Maria many letters filled with affirmations of her feelings and deep love for the Archduchess, including poetic and romantic statements such as “I am told the day begins with God. Yet I start the day thinking about the object of my life, because I think about her constantly” and “I am madly in love with you, virtuously or diabolically, I love you and I will love you until the grave “. Stuff inspired by one of our favorite queer royals.

Luisa Isabel Álvarez de Toledo is one of our favorite new queer queens. Nicknamed the Duquesa Roja or The Red Duchess, Luisa Isabel was a staunch anti-Franco and pro-democracy activist to the point of being imprisoned for her opinions in the 1960s. Luisa Isabella married in 1955 and had three children with her husband . The two separated in 1958, living apart until their divorce in 2005. Eleven hours before her death on March 7, 2008, Luisa Isabel married her longtime partner and secretary since 1983, Liliana Maria Dahlmann, at a civil ceremony on his deathbed.

Did you know any of these queer royals?

See inside: A brand new ‘rustic’ $1million mansion in Worcester