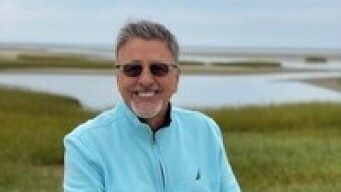 Shrewsbury/Hyannis – It is with great sadness that we have to announce the death of a beautiful person. Robert Michael Sabatalo, 66, of Shrewsbury, MA and Hyannis, MA, died Saturday, April 30, 2022, surrounded by his loving family after a valiant battle with cancer.

Bob was born in Worcester, one of five children Jean (Falco) Sabatalo and the late Worcester Police Sergeant, Angelo “Buddy” Sabatalo, Sr. Bob grew up in the Massasoit Road section of Worcester and attended public schools from Worcester, graduating from North High School Class of 1973. He then went to Worcester State University where he earned a double major in sociology and psychology and a minor in art.

After working for a few years in the juvenile system with troubled youth, Bob accepted a position with the TJX Corporation. He started as a part-time employee at the very first TJ Maxx store located in Worcester. Over the next 27 years, Bob would be promoted and held many positions within the TJX Company. He became manager of several TJ Maxx stores in New England and was later promoted to operations manager overseeing the TJX distribution center located in Worcester.

Bob’s last position here was Assistant Vice President of Planning and Dispatch. In this role, Bob was responsible for overseeing the “Buyer Training Program” responsible for hiring and training new buyers and creating the ideal mix of merchandise for TJX, Inc. companies.

After retiring from TJX, Bob lived full time in Hyannis. There, he began another career change that allowed him to express his talents and creativity. Bob bought a struggling flower business and turned it into a viable and one of Cape Cod’s most respected and award-winning florists, “Lily’s Florist and Gifts” in South Yarmouth for the next twelve years. Bob’s flower shop legacy continued when it was purchased by one of his valued employees, Alex. He was also an ordained minister and performed many wedding ceremonies on Cape Cod and offshore.

Bob was an amazing person who had so many talents. He was truly the modern “Renaissance man”. He could build a fence or a patio one day and create a floral masterpiece or cook a three-course dinner the next. He was a builder, painter, decorator, businessman.

Bob was so many things to so many people. He was a devoted husband, son, brother and uncle. He was generous and kind and enjoyed making people happy by sharing his talents with them. He also appreciated all the clients and relationships he made throughout his years in business.

Bob lived with passion, whether it was his job, his family or his way of enjoying life. Bob loved the time he spent exploring Cape Cod, spending time at the beach, camping in his RV, riding his motorcycle, boating, seeing theater, taking walks in nature, to tinker in his yard and to enjoy the holidays, especially Christmas. He also loved to travel. He loved weekends in Maine and New York. Some of her fondest memories are her many trips with her husband Chris to Aruba. His happiest times were when he was around and sharing good times and making memories with his family and friends.

Relatives and friends are invited during call hours on Wednesday, May 4 from 4:00 p.m. to 8:00 p.m. at the MERCADANTE FUNERAL HOME & CHAPEL, 370 Plantation Street. His funeral will be celebrated Thursday, May 5 from the funeral home with a procession to Eglise Notre-Dame de Lorette, 37 Massasoit Road, where his Christian burial mass will be held by his cousins ​​Reverend Ronald Falco. Interment will be in Saint John Cemetery.

The Sabatalo family would like to thank the doctors, staff and nurses at Cape Cod Hospital Cancer Center and Jewish Hospice staff for the care, comfort and compassion they provided for a period hard.