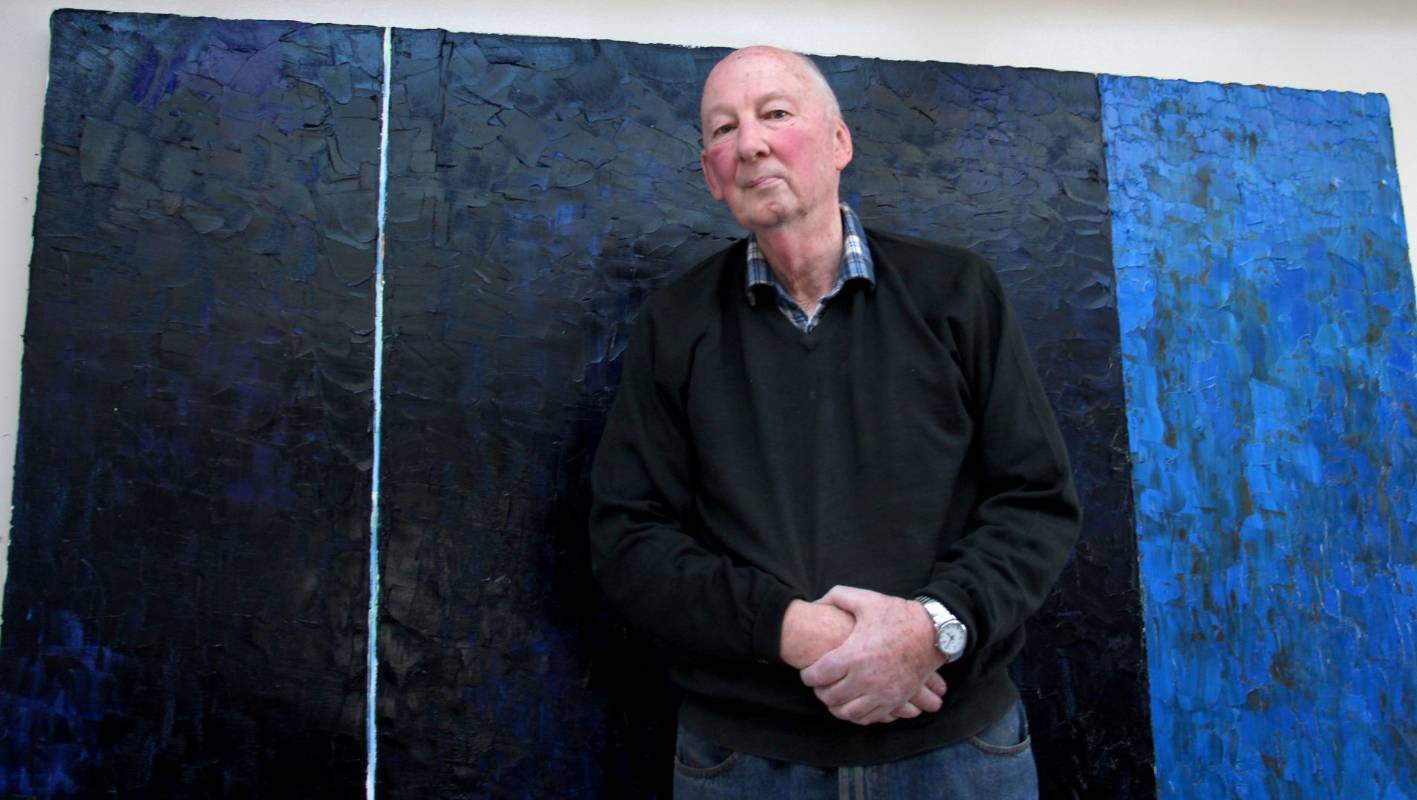 The canvas that JS Parker just finished painting is huge, even by his standards.

It stretches over 1800 millimeters by 2180mm, dominating the wall of his Blenheim studio which already houses several large paintings.

But the canvas is important beyond its size. It was originally owned by Parker’s mentor and iconic contemporary artist, the late Ralph Hotere.

Parker had doubts about taking over the project initially, he said.

READ MORE:
* Ralph Hotere dies at the age of 81
* Ralph Hotere’s Founders Theater mural will remain in place
* JS Parker appears in an exhibition of light and dark
* Diversion Gallery gets its approval

“It was quite a challenge to paint something this big. I thought about it for a long time.”

Parker relied on Hotere’s advice as a recipient of the Frances Hodgkins Fellowship at the University of Otago, six years after Hotere received it, in 1975.

“He just kept an eye on me and helped me get used to the pressures of college life. He said ‘do something, then stick with it’. What I did, more or less, â€Parker said.

Parker spent most of his purse drawing from photographs taken at high speed through a car window.

He then worked with oil pastels, finding his place in vivid colors and textures, before moving on to oil painting, preferring larger canvases.

â€œThe little paintings are something you have to look at, but these, they really stare at you. “

His recent series Simple song experimented with the balance between color and form in two-dimensional planes, applying paint with a painting knife.

“I wanted to work with color on a larger scale, because I really like color. And the more color there is, the more involved you get.”

His works differed from Hoere’s in that they invoked an emotional response from the viewer rather than conveying a message, he said.

Plain Song for Ralph (the Hotere canvas) featured a deep blue, a dark choice over the reds and yellows used in other works.

â€œFor a large painting, I wanted something emotionally powerful, to cope with the size of it,â€ Parker said.

“Blue is usually associated with spiritual states, whether it is the sky or the sea or the reflection in a river, so blue has this ability to attract you in some way, while yellow is kind of thrown at you. . “

A thin shiny white line of a yellow tint cut in the middle, and a panel of cobalt mixed with shade was next to the deeper blue.

“Lighter blue means it highlights the darker blue, and it feels even heavier. It immerses you.”

The web came into Parker’s possession after Hotere abandoned it, following a period of ill health towards the end of his life.

â€œAt the age of 71, I think it’s my opportunity to do something on this scale and do things while I’m still physically able to do them,â€ Parker said.

“Glad I accomplished it, that’s all. I don’t know how I feel until it’s in a gallery or after a few glasses of wine.”

Parker wouldn’t be drawn to what Hotere thought of the finished project.

“He’d never say much about a painting. He’d say, ‘that’s a damn good painting,’ or it isn’t, and that’s about it.”

Plain Song for Ralph (the Hotere canvas) would be displayed alongside other works by Parker in Color and scale – JS Parker at the Diversion Gallery in Picton, Sunday to October 12.