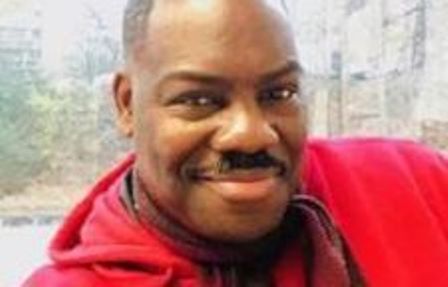 Marlborough – Artist Derrick Maurice Sanderson’s love of painting began many years ago as a child. He was always creative, he said, and by the time he reached sixth grade, his enthusiasm for comic books consumed most of his time.

“My teachers noticed my drawings and gave me special attention because they said I had a natural talent for drawing,” he recalls. “Painting and drawing just seemed intuitive to me. As I got a little older, I would go to the public library in Mount Healthy, Ohio, and look up certain artists and study what they were doing. I wanted to paint like certain of the greatest, but I realized that you had to follow what came naturally to you.

Once he entered high school, an art class at Mount Healthy High School encouraged his talent and laid the groundwork for attending Diamond Oaks Vocational School for Business and Fine Arts. arts. He then attended the Art Advertising Academy in Cincinnati where he learned more about the business side of art, such as collage and technical drawing.

“I like to create pieces because it relaxes me, and by nature I’m a carefree man,” Sanderson said. “I’m affected by bright colors versus darker shades because it’s emotional to me. Painting dark drawings puts me in a dark mental space that feels unnatural to me. I would describe my art as eclectic as there is a wide range of things to paint. I have many things in mind that result in a multitude of works of art. I don’t have a favorite thing to paint or a genre or style of painting, although I like to use bright colors in my works. Painting animals is something I love and I choose to paint them with bright colors because it gives them strength.

Sanderson considers himself a slow painter and says he enjoys painting large pieces. If he’s doing a summary, he can usually paint two or three in one evening, but can also take a few weeks if there’s a lot of detail. He’s very particular about getting his message across, he noted and added that it has to work for him as well as his audience. Much of her inspiration comes from her mother who has always exhibited her work in their home.

When his mother died of cancer in 2006, the pain was unbearable for Sanderson, he took a brief break from painting. But, after a while, he remembered her advice that he had a special gift and should use it.

Most artists are inspired by other artists; for Sanderson, it’s fellow African-American artist Paul Goodnight. He noted that he was immediately drawn to Goodnight’s talent and the detail and strength of the colors he chose. Later, he had the chance to take a class with Goodnight as well.

Sanderson’s art is featured in open studios across New England.

To see more of his paintings, visit art-4-the-soul.wixsite.com/maurice