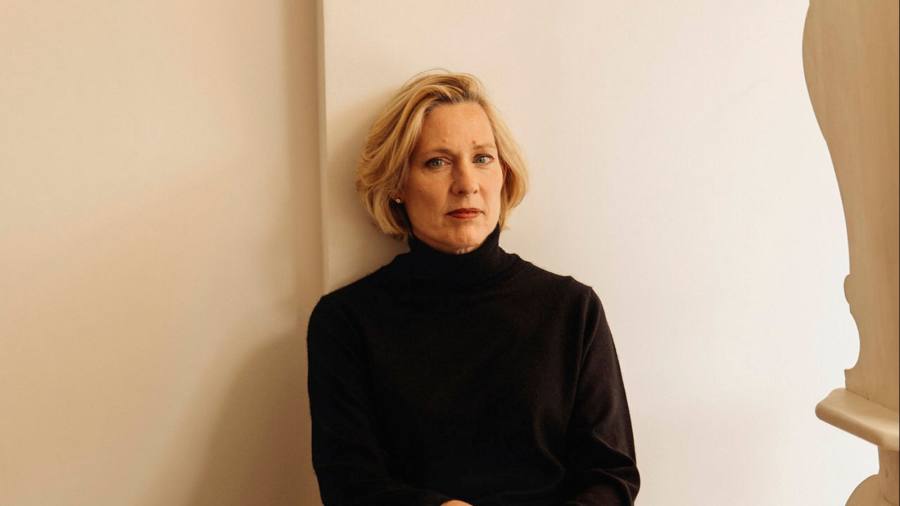 “It will be a festive return,” announces an upbeat Lucie Kitchener as she talks about the first in-person Masterpiece fair for art, design and more in London for three years. “Despite the challenges, now is not the time to compromise.”

Kitchener was invited to the fair in 2016 to advise on strategy – and ended up staying on as managing director of the event, which is two-thirds owned by MCH Group, Art Basel’s parent company, and which has international ambitions. Kitchener believes that growing a business on the world stage is a matter of “translation, not reproduction”, and she credits her late father, musician, record producer and “Fifth Beatle” Sir George Martin, with promoting of its principles.

“He taught me collaboration, integrity and conviction, to listen but to remember what you think is important,” she says. “I learned that a little bravery was also important. Sergeant Pepper was revolutionary; he could easily have bombed.

The past three years – “It couldn’t have been a worse time” – have certainly required bold decisions, as well as a steady hand. A foray into Hong Kong was planned for October 2019. “I was very convinced that pulling out completely was the wrong thing to do, both in terms of building a long-term presence in the region and out of respect for that here,” she said. . “We found ourselves in streets full of rioters.”

Then came the Covid. The call for the cancellation of the London fair, which takes place under a huge marquee in chic Chelsea, was launched at the end of March 2020. “I felt we had no choice at all.” Last year proved to be a more difficult decision. “We had worked very hard. I wasn’t worried about people catching Covid, I wasn’t worried about the fair not running operationally, but in the end I realized the new travel restrictions meant I couldn’t guarantee to our resellers an international audience.

“We considered doing a smaller version, but we couldn’t honestly say that would be better for dealers than doing something in their own galleries.” Masterpiece also looked at later dates for 2021, but “we all felt that Masterpiece is what it is, a summer fair that does what it does very well, and we should stick with that.”

Masterpiece has developed a formula that prides itself on its visitor experience and attracting both those who don’t otherwise frequent art fairs and the obsessive collectors who do. It offers everything from museum-quality artwork to unique Ferraris, fine dining (Daphne debuts this year alongside Le Caprice and Scott’s) and sophisticated content like non-commercial facilities and a conferences beyond the exhibitors’ offer.

The fair is about accessibility. “We don’t want visitors to be intimidated because they don’t know much or don’t necessarily have the means to buy something. Putting a price on everything is important, as is a balanced offer. It’s also a question of reliability: “Our verification is the most rigorous in the world — there are 180 experts who come and spend a whole day examining each object. I always tell people that we’ve done the hard work for you.

And it is also a question of discovery. “Search engines direct us to what we want or need. I think Masterpiece does the exact opposite: it encourages people to discover things they never expected to find.

Discovery is one of three threads she sees working their way through this year’s iteration. Dealers were asked to focus on their finds – she quotes Thomas Hope’s Coade Stone Thrones (at Edward Hurst) and overlooked British female artists of the 18th and 19th centuries (at Karen Taylor). Another is “feminine influence”, both externally and internally. Enveloping the front facade of the fair’s marquee are artist Sarah Graham’s huge, cheerful yellow anemones. “They’ll put a smile on everyone’s face when they walk in,” says Kitchener.

Inside, visitors will be greeted by two immersive light installations by Pakistani-American artist Anila Quayyum Agha. “There’s a simple beauty to their pattern making,” says Kitchener, “but they’re serious, fascinating works on many levels, which is what great art should be.” At the heart of the fair, Melanie Vandenbrouck of the V&A organized an exhibition of sculptures on the east-west axis previously occupied by the bar. (It’ll be in the back with little satellite bars between – “the idea of ​​being crowded around a bar is less appealing now than it was in 2019”).

The third thread is the natural world, embracing everything from tourmaline clusters donated by new exhibitors Fine Minerals International to sandstone accretions known as gogottes (ArtAncient) and a triceratops skull (David Aaron). The latter is one of eight dealers who have asked to return to the fair after a hiatus of a few years, including the Marlborough Gallery, photography specialist Michael Hoppen and furniture dealer Michael Lipitch. Newcomers also include Waddington Custot and design specialists Jacksons of Sweden.

In October, Kitchener issued another call: narrowing the offering to 128 exhibitors (the largest edition had 154), including 27 from overseas. This could be the right move, since other shows – Tefaf in Maastricht and Brafa in Brussels – have moved their dates to June and the three overlap. Some big names will take part in both the Maastricht and London shows – among them Richard Green and Dickinson – while others, such as Wartski, SJ Phillips and Adrian Sassoon, have opted for Masterpiece.

Will foreign buyers come? “I’m old school – I picked up the phone and talked to our American collectors,” she says. “They say they can’t wait to get back to London for Wimbledon, Masterpiece and the auction.” As for the fair’s impending international expansion, she hopes to announce a new event for late 2023. For now, however, Kitchener is focusing on the core of the fair in style.