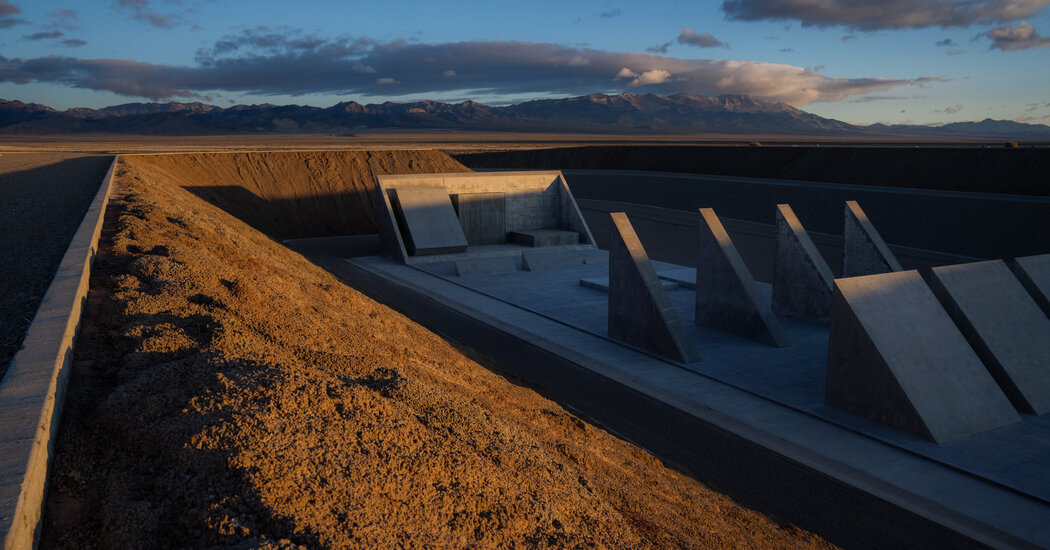 It was a mystery in the desert for 50 years

Almost everything about Michael Heizer’s land art megasculpture called “City” can seem confusing. That it’s a mile and a half long and nearly half a mile wide, right in the middle of a remote stretch of Nevada’s high desert, where what passes for a neighbor is Area 51. the closest is an hour away, on a dusty and bumpy old cattle trail, through some mountain ranges. That it cost $40 million to build.

Even it is called “City”. It is a city in name only. Mounds of earth, roads, knolls, and well-maintained depressions, like dry lake beds, spread out in no immediately obvious order and in different directions. At both ends of the site, monumental structures riff on ancient ruins.

Now, half a century after Heizer drove his first shovel into the ground, “City” is finally opening up to visitors, perhaps the most incredible thing of all. It had become the artistic version of ancient Atlantis, a chimera.

“I’m a fool, alone, watching helplessly as they wait for me to die so they can turn my ranch into a gift shop and motel,” Heizer told me here this spring. At 77, in rapidly declining health, he is still just as pessimistic. “It’s a masterpiece, almost,” he said, “and I’m the only one who cares if the thing is actually done.”

None of this is true.

Except the masterpiece part.

What is your favorite video game OST? I will go first