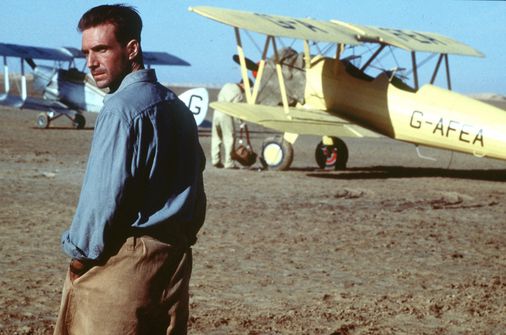 In defense of “The English Patient”, a masterpiece of anti-imperialism

The problem, in retrospect, was that the taunts ended up clouding the film’s remarkable originality. Here is an epic film – a genre with a rich history of celebrating the might and majesty of empire – that launched an unprecedented indictment of European imperialism and colonialist apologetics. “The English Patient” is the epic that killed the empire.

To truly see the pioneering distinctiveness of “The English Patient”, it must first be remembered that the epics served for nearly a century as pro-Imperial propaganda. Their bellicose celebrations of empire ennobled “benevolent” violence and portrayed the natives as noble savages, bloodthirsty primitives, or childish fools.

Take “Lawrence of Arabia”. David Lean’s 1962 classic hammered home the idea that the Arabs of the Ottoman Empire had not won the right to self-government. As Lawrence told Sherif Ali: “As long as the Arabs fight tribe against tribe, they will remain a small people, a stupid people – greedy, barbaric and cruel, like you.” An echo of the same insidious message broadcast two decades later in “Out of Africa”. Here, Meryl Streep’s Karen Blixen is magnified as a white savior protecting “her” Kikuyu natives, even though her lover, Robert Redford’s Finch Hatton, mystically believes that the native Maasai are unable to imagine the future and so die. in captivity because they cannot foresee the possibility of freedom. The result is that, whether brutal or cherubic, native children need their European guardians.

“The Deer Hunter” took a slightly different approach, recounting the colossal failure of French and American imperialism in Indochina as a vicious rebellion of sadistic Vietcong who infect American salt-earth factory workers with nihilistic barbarism. Their frantic game of Russian roulette, played in a pit of filth, rats and mosquitoes, signals their descent into animal depravity.

The 1982 Best Picture winner “Gandhi” was, in a different way, complicit in the same tired narrative. Instead of dramatizing the story of a popular uprising against the colonialists, Richard Attenborough’s Anglocentric biopic zoomed in with a flattering look at Gandhi and otherwise filled the set with Englishmen. Worse, he shifted blame for the large-scale violence that resulted from India’s partition away from the British Empire and onto rival Hindu and Muslim factions, wistfully validating former colonial peacekeepers.

But this subtle creation of imperial mythos was largely surpassed that same decade by Indiana Jones. In ‘Raiders of the Lost Ark’ he saved the planet by looting third world antiquities, then in the prequel he dined on chilled monkey brains and performed human sacrifices (literally) harrowing in the subterranean bowels of India, before the British occupiers heroically swooped in to bring down the evil native blood cult. If it is true, as historian Daniel Immerwahr argues in “How to Hide an Empire”, that US imperialism in the 1980s was forced to resort to stealth interventions in Latin America, then it should be noted that epics like “Indiana Jones” still spun out of glasses with brazen felling, basically.

The uselessness of planting flags

This cursory sketch gives a sense of the enormous imperial baggage hanging around the genre’s neck in the 1990s. But “The English Patient” didn’t just avoid repeating tropes about empire. She made crimes of empire her central concern. Anthony Minghella’s adaptation of Michael Ondaatje’s novel explores how belligerent nationalism in the run-up to World War II sparked violence and death.

At the center of the story is the eponymous English patient, an amnesiac whose characteristic features were burned away in a plane crash. As his organs slowly break down, a French-Canadian nurse, Hana, sequesters him in a bombed-out Tuscan monastery where he can live out his last days. There, he ruminates on memories of an affair in Cairo with a married Englishwoman, Katharine Clifton. Meanwhile, Hana, consumed by grief over the recent death of her fiancé, strikes up a spontaneous romance with an Indian Sikh, Kip, a combat engineer (known as a “sapper”) working for a British bomb disposal unit. . Secrets are exposed when a former intelligence officer, David Caravaggio, implicates a link between his own mutilated hands – his thumbs having been chopped off by German torturers – and the disfigured English patient.

Here’s what we finally learn: the English patient, actually a cartographer and member of the Royal Geographic Society named László Ede Almásy, had become hypnotized by Katharine, stalked her like a predator in the bazaar, invaded her marriage and even claimed the suprasternal notch at the base of his throat. When she ended the affair, he raved that she was his property and looked down on her like a whore. Later, her husband, Geoffrey, consumed by the revelation of his adultery, attempted to crash his plane into Almásy – narrowly missing his target, fatally injuring himself and leaving Katharine badly injured.

What does this nest of jealousy, betrayal, revenge and destruction have to do with imperialism? This cataclysmic personal drama is propelled by the same forces as the massive geopolitical carnage wrought by the empire. Rapacious men express their love, disastrously, through law and property, just as empires dominate and strip the things they claim to care for.

The Sahara Desert, with its spellbinding dunes, is at first an object of wonder, and the expeditionary team gazes in awe at the ancient paintings on the walls of the Swimmers’ Cave on the Gilf Kebir Plateau, where art recalls a time of fluid movement and expressiveness, before humans were scarred and divided by tribal allegiance. But as the British and German empires vie for dominance, the desert becomes another territory to claim, own, possess and control. This is why Geoffrey infiltrates the Geographical Society: to obtain aerial maps of North Africa. Almásy mocks that no one can “own the desert”, but later the Germans invaded Tobruk using maps obtained from Almásy’s own hands. In “Lawrence of Arabia”, victory rested on securing the territory; here, the obsession with property condemns them all. And the landmines left by an army of homeowners tear into the bodies of others.

The futility of all this flag planting is illustrated in the film’s title. The English patient is not even English. When Almásy crosses the desert to seek help for Katharine, he is chained by suspicious British officers who read his last name – it is actually a Hungarian count – as German. Katharine perishes, cold and alone, but when Almásy recovers her body and is shot and burned in a plane crash, her British medical records, in a final twist of irony, identify her as an “English patient”. His own body fell victim to the vagaries of imperial cartography and annexation.

Katharine’s last words, scribbled in a notebook, help make sense of the tragedy: “We are the real countries. Not the borders marked on maps with the names of powerful men.

But the film’s deepest insight is about the most powerful form of ownership – not land or people, but stories. When Kip reads the opening phrase of Rudyard Kipling’s “Kim” aloud, only to have the words stuck in his throat, he breaks the text to explain that the canon he describes, forged from cups and metal bowls taken from every household of an Indian town as tax, was drawn against his own people. In this moment, Kip offers testimony against the canonical British storytellers and wrests Indian history from the colonialists who commandeered it. And like Kip, “The English Patient” pits himself against his canonical ancestors, undermining the mythos established by David Lean and other Eurocentric directors.

Unfortunately, after the film’s reputation imploded, it didn’t immediately spark a wave of anti-colonial epics. In fact, it wasn’t until this millennium that anti-imperial epics resurfaced and resonated with audiences, with hits like ‘Avatar’, ‘The Last King of Scotland’ and ‘Black Panther”.

“The joke for a long time was that to appreciate ‘The English Patient’ you had to be either very English or very patient, but that’s not quite fair,” says Nicholas J. Cull, one of the authors of “Projecting Empire: Imperialism”. and popular cinema. “His questioning of World War II narratives swam against the tide of rediscovering and valuing the greatest generation and their good war.”

Cull points out that the September 11, 2001 attacks “spurred a different kind of worldview that swung toward the assertion of borders and pseudo-imperial duties.” This may be another reason why American audiences came to view the film as a love story, but were blind to its criticism of the empire. However, a new television adaptation of “The English Patient” is in production at the BBC. The British public, at least, might finally be ready to pay attention.

Tom Joudrey is a writer from State College, Pennsylvania who has also contributed to Slate and The Guardian.

This article was updated on November 11 to correct the description of the story in “Lawrence of Arabia”.