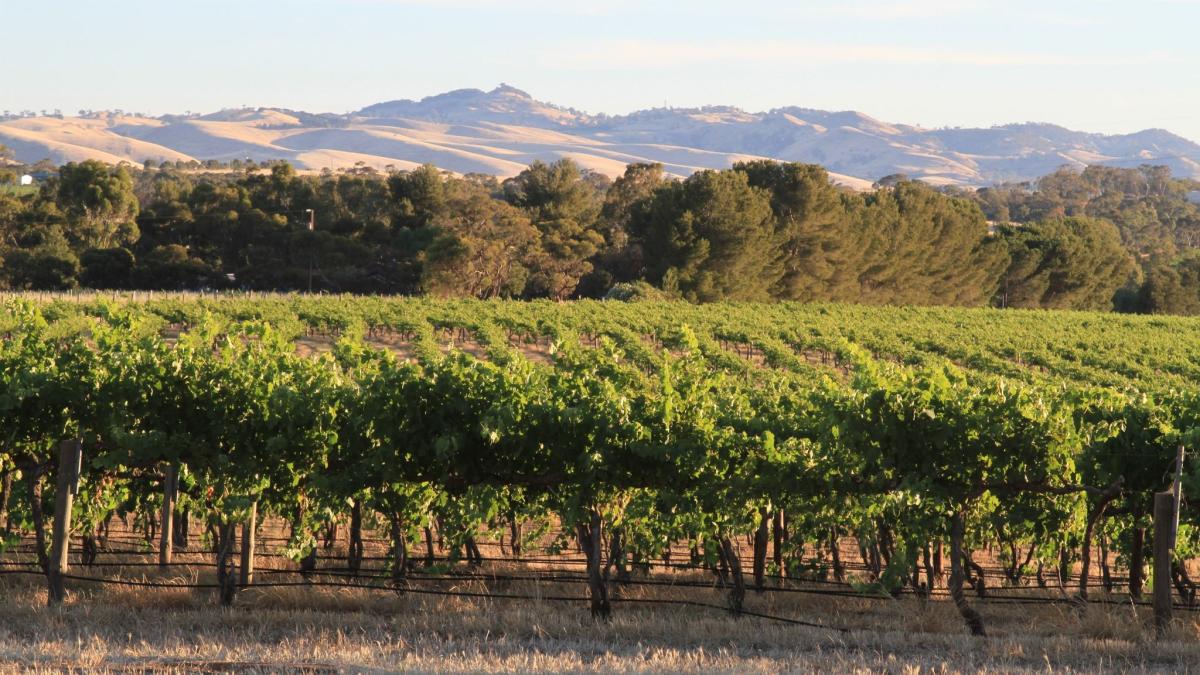 
The Barossa Valley in South Australia is a world famous wine region and a paradise for pleasure seekers. Prussian immigrants also laid its foundation 150 years ago.

Johannes Menge must have articulate abilities. Or, more likely, he was just a good scientist. In any case, the German mineralogist was right when, in 1839, he was one of the first Europeans to advance into the Barossa Valley, northeast of Adelaide, and predicted a belated future for the valley.

“Barossa is South Australia’s icing on the cake,” wrote the enthusiastic explorer. His specimens, commissioned by the British colony of South Australia, indicate the right mix of poor, sometimes fertile, sometimes mineral-rich soils. The climate was Mediterranean with hot summers and mild winters. There was clean water and lots of animals to hunt.

“I see vineyards and orchards there like nowhere else in the colony,” Menge said optimistically. A few decades later, his vision had become a reality – thanks to hardworking settlers from England and Germany.

Between 1840 and 1850, the first immigrants from the Old World laid the foundations of one of the most famous wine regions of the New World. Wine connoisseurs refer to the wines of the Barossa Valley and the Adelaide Hills in the same breath as the great wines of California’s Napa Valley, the Sauvignon Blancs of Marlborough, New Zealand, or the finest wines vineyards near the South African metropolis of Cape Town.

The Barossa Valley and the Rolling Hills east of Adelaide are famous for their bold red wines. Above all, Shiraz has a worldwide reputation. Penfolds “Grange” is one of the finest wines in the world, costing a few hundred euros a bottle.

While a plague of phylloxera destroyed large parts of Europe’s wine regions in the late 19th century, South Australia was spared. Today there are vines that are over 130 years old.

There are now over 150 wineries in the Barossa Valley alone. Countless wine farms surround the towns of Nuriotpa, Tanunda, Angston and Lindoch. Nearly endless rows of vines stretch across the vast plains and gentle hills. Early in the morning, hot air balloons often fly over the vines bathed in warm light.

After a while, cyclists and pedestrians set off to discover the vineyards or “Kaiserstuhl” near Tanunda, which culminates at 588 meters above sea level. The name of the highest mountain in the region testifies to the great influence of German immigrants. German viticulture pioneers were also influential. Famous wineries such as Henske Cellars, Wolf Blass or Jacob’s Creek were all built by Germans.

One of the most beautiful and unusual is Seppeltsfield, founded in 1850 by Joseph and Johanna Seppelt. The large estate in the village of the same name has become a tourist attraction.

The artists of the “Jam Factory” work in open studios and craftsmen like Barry Gardner in their knife factory. “I love sharing my passion with the public,” says the bald, gray-bearded man. His handcrafted knives are a true masterpiece. You can make your own Damascus steel knives at one of Gardner’s workshops. “A personal knife is like an extension of your own hand,” says Gardner.

Anyone who has gone hungry from pounding red-hot steel with a hammer should brace themselves before going wine tasting in Seppeltsfield at the estate’s restaurant. Chef Daniel Murphy cooks at “Fino”. Their dishes are mainly based on local products, which are often harvested the same day only a few kilometers from their restaurant.

“Brossa is a great destination for foodies and a great place to work for chefs,” enthuses Murphy. In addition to its own restaurant, Rileys & Chateau Hentley Farms restaurant, the winery of the same name in Saint-Hugo and Murphy’s former workplace at the luxury hotel The Louise are among the best regional addresses for foodies. of appellation.

At Fino’s, Murphy’s dishes are served under the shade of tall palm trees in front of the historic Barrel store. The estate’s wealth is stored in typically Australian simple fashion under a corrugated iron roof, on which the winery’s name is painted in white letters.

More than 100 oak barrels containing fine Port wines stand in long rows in the attic. “The earliest date is 1878,” Murphy explains during his visit to the Sepeltsfield Shrine.

Since then, the property has had at least one cask per vintage, Murphy said. As the only wine estate in the world, Seppeltsfield can therefore market a century-old Port wine every year.

Chief winemaker Fiona Donald describes the current “1922 vintage 100 Year Old Para Vintage Tawny” as “a port of great intensity with lemon aromas and hints of dried stone fruits – nutty, spicy, with a excellent length”. A full bottle costs 1500 Australian dollars, which is equivalent to a good 1000 euros. For AU$90, you can try the rare treasure for less on a guided tour.

“Our ‘taste for your birthday’ tours are particularly popular,” says Daniel Murphy. He then takes the port wines of the guests’ birth years directly from the respective barrels with a long wine pipette. The price for this tasting tour is 109 Australian dollars.

Seppeltsfield is an icon in the Barossa Valley, but many other wineries also produce fine wines. Where a “Cellar Door” sign hangs, visitors are invited to taste and buy directly from the cellar. Just like Damien Tscherke’s cellar.

A tall man with razor-sharp hair closes systematically. Despite the rising heat in the Barossa Valley, their impressive new wine cellar requires no air conditioning. “We are the only ones here who have put all the production underground,” says Tscherke. He is proud of his elegant wines that reflect the terroir.

Tscharke attaches great importance to sustainability. He does not think in the short term, but in generations. As his family has always done. The Tscharkes were among the first German settlers. “Like many people here, my ancestors came from Prussia,” he says. The settlers were old Lutherans inherited from the Prussian King Friedrich Wilhelm III. have been removed.

How Immigrants Shaped the Region

Because they were no longer allowed to freely practice their religion, they sought a new home in the mid-19th century. Helping was English businessman and philanthropist George Fife Angus, who was instrumental in establishing the British colony of South Australia. Angus funded the migration of former Lutherans to South Australia – not only through donations, but also because he viewed devout, hard-working Germans as ideal immigrants.

His calculations paid off. Within a few years, immigrants from Silesia and other regions also developed farms and towns, to which they gave German names such as Krondorf, Hoffnungsthal, Schönborn or Gnadenfrey.

He named Tscherke’s best wine after Guadenfrey, now called Marananga. During and after the two world wars, German names were not so popular in Australia. So many places have been renamed.

Apart from these dark times, German settlers in Australia could rest easy and develop their own language and religion. In churches such as Tabor Lutheran Church in Tanunda, audiences are still held in an old dialect, ‘Barossa German’.

Many places of worship are real gems. This also applies to the Gnadenfrei Marananga Lutheran Church, which is located on Seppeltsfield Road amongst vineyards at the start of a long avenue of palm trees. A majestic mausoleum, in which members of the Seppelt family have been buried since 1927, stands on a nearby hill.

Evidence of German settler history is everywhere in South Australia – at the Barossa Museum in Tanunda as well as in the streets and markets. Again and again you come across shops and bars with German names. And at the Barossa Farmers Market in Angston, “Steney’s Traditional Mettwurst” is a hit.

Both types allow you to stay in the country for three months at a time. It doesn’t matter which one you choose: According to the Federal Foreign Office, both must be applied in good time before departure.