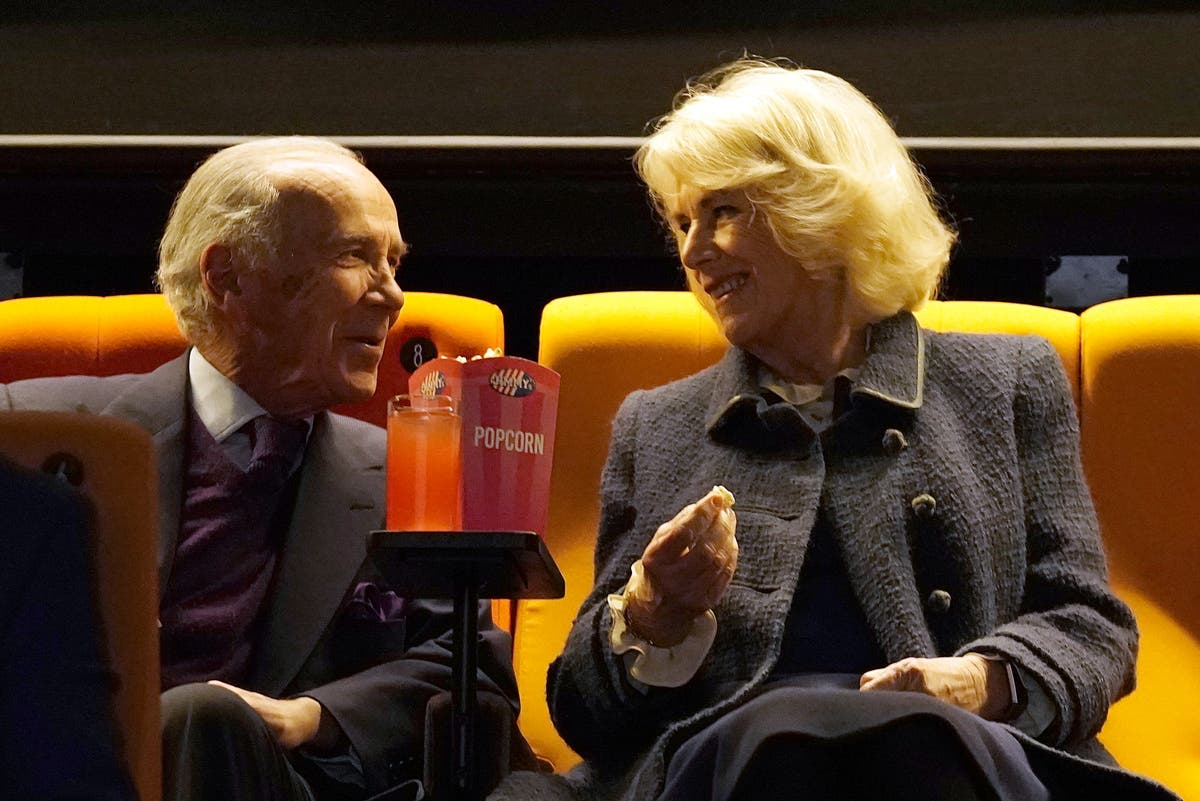 The Duchess of Cornwall has promised to return to a boutique cinema and bring her grandchildren with her to watch a film.

Camilla officially opened the newly converted Parade Cinema in Marlborough town center during a series of engagements in Wiltshire on Thursday.

An old nonconformist chapel from the 19th century has been restored and transformed into a cinema with 106 seats, including 70 in the flowerbeds and 36 on the balcony.

The Duchess was welcomed to the cinema by philanthropist Robert Hiscox, chairman of the company behind the £3million project.

Mr. Hiscox introduced her to staff and supporters associated with the conversion of the chapel into a cinema.

Camilla then took a seat in the auditorium before watching a short collection of trailers featuring recent films.

After unveiling a plaque for the official opening of the cinema, she said: “Thank you Robert for asking me to come and open this magnificent Parade Cinema. As you all probably know, you can’t say no to Robert.

“I’ve worked with the Bobby Van charity for a very long time with him and he’s absolutely brilliant at getting things done and I think that’s one of his masterpieces.

“So, thank you very much for asking me to open it. It will be a huge asset to everyone in Marlborough, around Marlborough and across Wiltshire.

“I can’t wait to come see a movie here, have my glass of wine and popcorn, and bring all the grandkids here.

Earlier, Camilla joined in a short rededication service to mark the 100th anniversary of a village war memorial.

The Seend War Memorial, in the village of Seend in Wiltshire, was opened in February 1921 to commemorate the 25 soldiers from the parish who died in the First World War.

The Cornish granite memorial also remembers the seven men who were killed in World War II and Andrew Holloway who died in Iraq in 2005.

Camilla, who is patron of the War Memorials Trust, laid a bouquet of rosemary, myrtle, hyacinth and rose at the memorial and met families whose ancestors are named there.

During the event, the Last Post was played and a two-minute silence was observed.

Before leaving, she accepted a bouquet of flowers from 10-year-old girls Lily King and Florence Crossman, who attend Seend Primary School.

The Duchess later met the family who run the Spar store in nearby Devizes to thank them for all their hard work during the coronavirus pandemic.

The store, which also has a post office, has been owned by Derek Tinnion and his family for over 60 years.

Camilla was introduced to staff before meeting members of Mr Tinnion’s family, including his 95-year-old mother Irene.

Mr Tinnion is the third generation of his family to run the shop and has been involved for 38 years – with eight parents supporting him.

Before leaving, the Duchess received a small basket of local products.