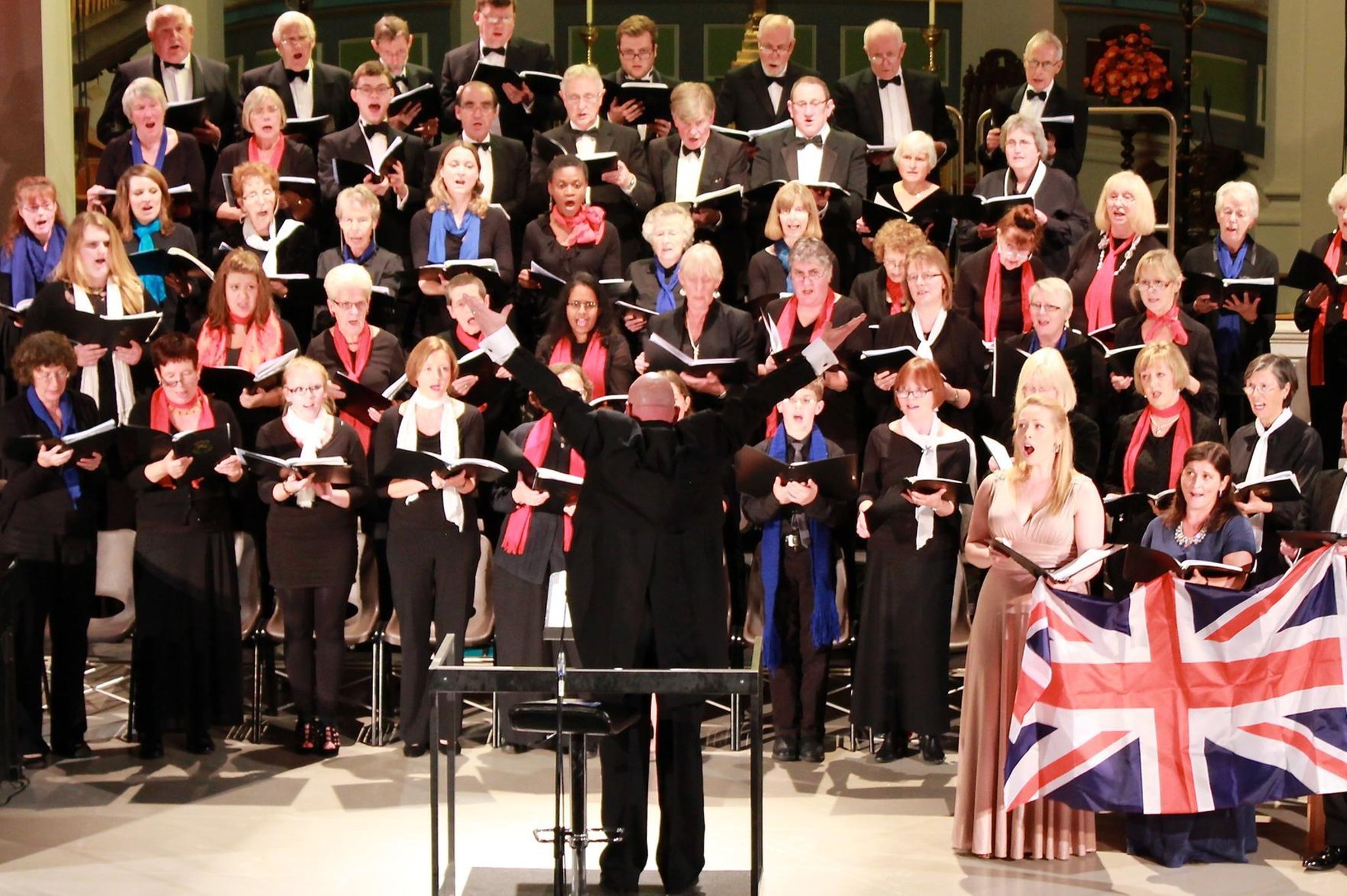 The choir currently has about 70 members. The whole philosophy of the choir is based on bringing people together regardless of their age and without an audition.

A spokesperson for the choir said: “We are a supportive and friendly choir that welcomes enthusiastic singers of all ages. We believe that singing is a shared experience that should be fun, engaging and rewarding. There is no no audition, we just ask that members can sing in tune and commit to practicing.”

Membership in the choir has helped people form long-term friendships with some members who have been involved for over 50 years.

The newsletter mute the noise

Jill Gainey, former president of the choir, is one of the oldest members.

She said, “I am extremely proud to have been a member of BCS for over 50 years. I have so much fun singing such beautiful music on Monday nights and rehearsing for gigs with like-minded people. Rehearsals are usually hard work, but there is a sense of accomplishment when the conductor is happy.

“I also love the friendship that exists between the members. Many give up their free time to get involved in the day-to-day organization and work involved in staging concerts. We really are ‘The Music Makers’.

Liz Scamans sang in the choir for 30 years and spent most of that time serving on the committee.

She said: “Thirty years of pursuing my passion for singing and experiencing the absolute joy of performing the viola parts of the most spectacular choral works ever written, of making wonderful friendships, of learning from conductors inspiring and dedicated orchestra and accompanists, knowing that each rehearsal will lift my spirits and leave me looking forward to the next time.

The choir’s first concert of the season will take place next month with a performance postponed from 2020 by JS Bach, St John Passion. St Mary’s Church in Banbury will host the show on Saturday 2 April at 7.30pm. The choir will be accompanied by the St James’ Players, an authentic Baroque ensemble from London.

Julian Harris said: “It is an absolute privilege to once again direct this wonderful masterpiece. It is, without a doubt, one of the most magnificent works of genius ever written and created by the mind of the greatest composer who ever lived. Page after page drips with inspiration and emotion, telling the most dramatic and powerful story ever told. It really is an evening like no other and not to be missed.”

The first concert was given by around 70 singers on 16 July 1942 at Marlborough Road Hall, where the choir rehearses today. In February 1967, the society no longer received support from the Banbury Co-operative Society, making it financially independent today.

Along with Geoffrey Furnish, one of the choir’s most influential conductors was Eddie Palmer who took over the role in 1976 until his death in October 2000. He brought an element of stability to the choir and he insisted on the highest level of singing. embellished with a sense of fun and humor.

Eddie is quoted as saying, “A bandleader has to be an actor – able to make his musicians believe he knows what he’s doing. It must inspire confidence and enthusiasm. If things go wrong, blame the big names. There are usually less. You have to aim for perfection but don’t go beyond the point where it stops being fun.

A succession of inspiring directors from Geoffrey Furnish to Malcolm Sargent, “Eddie” Palmer, Sue Freestone, Keith Smith and Martin Quinn to current director Julian Harris, have expanded the choir’s repertoire and developed their skills and abilities.

The choral society celebrated its 50th anniversary in 1992 and to mark the occasion Walter Cheney has compiled a history of the choral society from 1942 to 1992 titled “We Are the Makers of Music”. This book is dedicated to the memory of Lionel Pratt who died in January 1992. He was a valued member of the tenor section for almost 50 years. To download a copy click here: https://bit.ly/3HXdwxa

The choir welcomes students from 16 to 25 years old. They will receive free membership and an opportunity to audition for the choir’s youth outreach program which offers a small scholarship to further their musical education.

Covid-19: daily figures are in the top 450 for Nelson-Marlborough