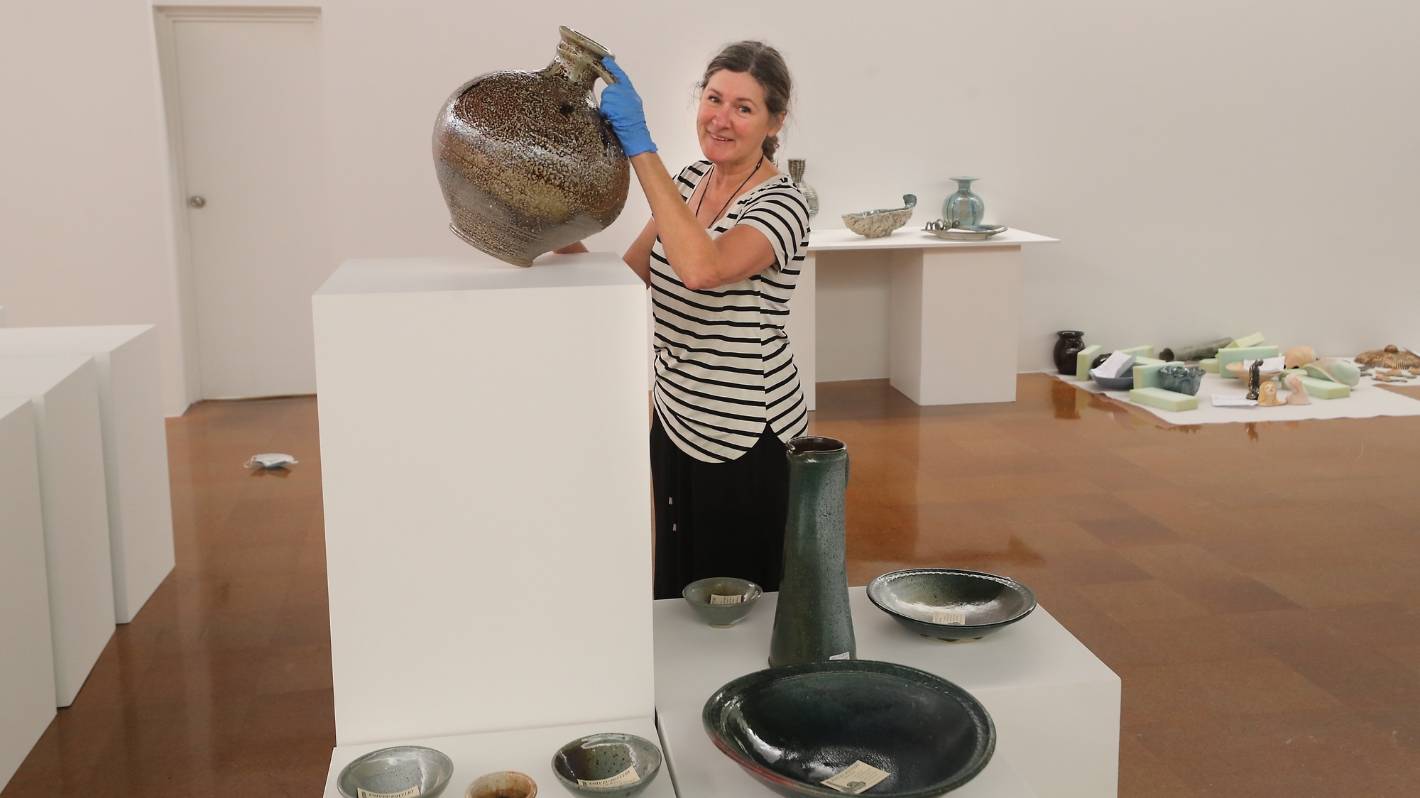 While setting up the South Canterbury Pottery Group’s new exhibit, The Alchemists, at the Aigantighe Art Gallery, Kat Boland holds a tall glass of salt from guest potter Ian Dalzell.

It was a special day for the Aigantighe art gallery when it reopened on Tuesday, for the first time since lockdown.

Staff are busy setting up the South Canterbury Pottery Group and Aoraki Broderers’ Guild exhibits, both of which will open on Saturday.

Exhibitions curator Hamish Pettengell said it was nice to come back to the gallery and set up the new exhibits.

West Coast Kotuku Pottery owner Ian Dalzell has selected the pieces for display and will also be a guest potter. Dalzell has been pot pot full time since 1980 and draws inspiration from the organic forms of the landscape.

The other guest potter is Mandy Gargiulo of Nelson who works exclusively with porcelain, according to the South Canterbury Pottery Group.

The Pottery Group was formed in 1966, and members purchased the property in White St in the 1970s, which is still used as a workroom by the club.

Over 70 works will be on display from the Embroiderers Guild, showcasing the patience and creativity of members.

The South Canterbury Pottery Group and Aoraki Broderers’ Guild exhibitions at the Aigantighe Art Gallery will run until October 18.

10 must-see exhibitions at level 2 in September