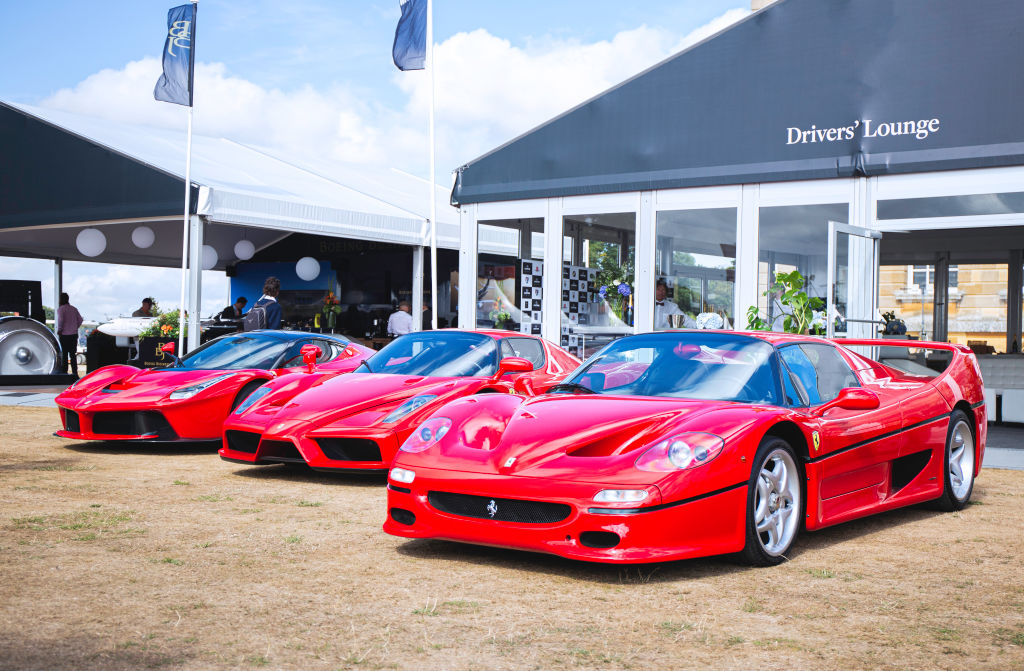 It’s not easy to amass a car collection that Fox News says is worth up to $45 million or more, and it’s even harder to do it while keeping your identity a secret. But that’s what an anonymous collector is doing by putting his unique collection of 18 world-class supercars up for auction in London.

Auction house RM Sotheby’s has dubbed this unique grouping of automotive excellence the Gran Turismo collection, saying it represents 50 years of the crème de la crème of automotive design and engineering, from a Lamborghini Miura SV from 1971 to a Bugatti 2022 Chiron Super Sport 300+:

“As it should be, the collection of cars on display began 25 years ago with the acquisition of the [1991 Ferrari F40], an early indicator of the performance theme running through the car selection. The consignor collector always sought out the best examples available at the time of purchase, often keeping cars ordered new from the factory. The F40 was a one-owner example at the time of purchase.”

The Gran Turismo collection was clearly assembled by a collector for whom price was not an issue, with an eye for collecting some of the automotive world’s most coveted gems. If you love Ferraris, you’ll have your mouth watering not only with the aforementioned F40, but also with the 288 GTO, F50, Enzo and LaFerrari, a set within the larger collection that according to RM Sotheby’s, “is arguably the most sought-after quintet in the automotive world.”

This is not to short sell the Bugatti supercars represented in the collection:

“Bugatti has an extraordinary history of reaching automotive heights, pushing beyond the realms of the possible, sometimes at the expense of its survival. The marque’s first incarnation produced design masterpieces, and its 1990s revival fulfilled this historic expectation with the EB110. The Super Sport was a model that truly achieved technical greatness, and its grandson, the Chiron Super Sport 300+, took the technical achievements to an unthinkable level of speed production previously reserved for jets.”

Audis, Lamborghinis, Jaguars and more make up the Gran Turismo collection, and it’s hard to imagine all of these cars being owned by one person – or ready to part with them at the same time. But that’s what will happen on November 5 at London’s Marlborough House, when the collection goes up for auction and we’ll know for sure the true market value of this virtually priceless assemblage of motoring royalty.