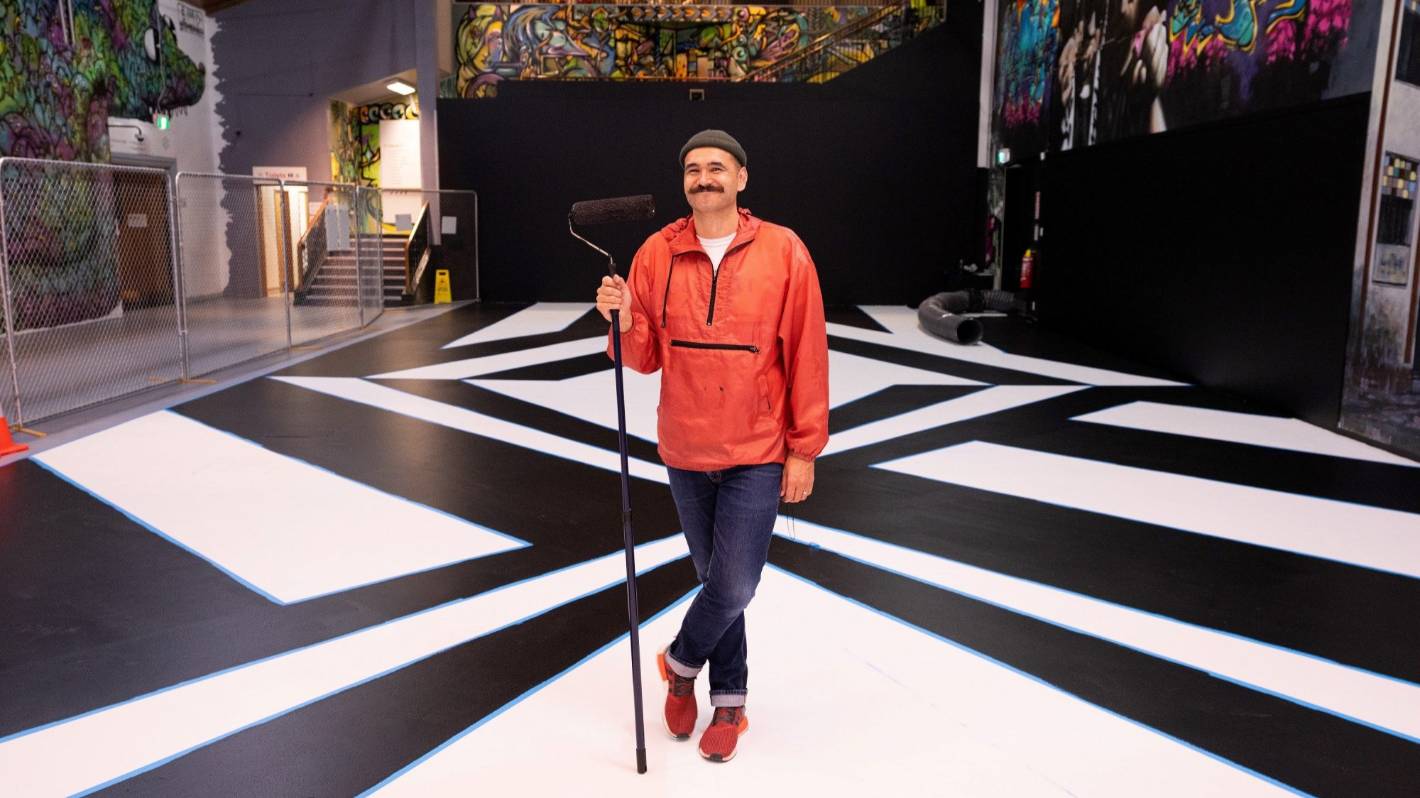 10 must-see exhibitions in May

The revitalization of street art at the Canterbury Museum is a highlight because Warren Feeney the list of the 10 must-see exhibitions of the month returns in May. Plus the physics room Rocky substrate helps us remember who we are, an Art Chemist opens its doors in ÅŒtautahi with a promise of well-being … and there is more.

The 330-square-meter mural by Auckland-born Tongan / Scottish street artist Benjamin Work brings a new spirit to the Canterbury Museum exhibition hall – the site of his first street art festival in 2013, To augment. Work’s panoramic fresco represents his response to a Tongan war club ‘Akau tau’ from the museum’s collection, which has been brought to life in the company of To augment works by Wongi ‘Freak’ Wilson & Ikarus, Thom Buchanan, Eno, Askew One, Jacob Yikes, Drapl and BMD. Until June 6.

Organized by the new director of The Physics Room, Abby Cunnane, Rocky substrate brings together three relatively new artists in ÅŒtautahi: Emerita Baik, Maia McDonald and NÃ¢Ã¢wiÃ© Tutugoro. Baik’s hanging quilts, McDonald’s ceramics and Tutugoro’s installation all add up to a moving encounter with objects informed by their materiality and thematic consideration of “things … that help us remember who we are.” and where we are â€. Until May 31.

TRUE LOVE is an exhibition-inquiry into the art and life of gay artist Grant Lingard (1961-1995), which also features 23 works by New Zealand artists in tribute. Arguably Lingard’s art defined the 1980s in Aotearoa, but also transcends this decade. Lingard was a skilled practitioner, producing barbed wire and humorous works such as Mom’s boy, now in Te Papa’s collection, and one of many reminders of the authority of his art and the tragedy of his loss as an AIDS victim. Until May 28.

Ralph Hotere was an enthusiastic collaborator with many artists in a wide range of disciplines. As a master engraver, Marian Maguire worked with Hotere for 24 years as a studio printer for his numerous lithographs, among which Midnight Round, an orchestrated and evocative series with various titles of the month of the year. Maguire talks about his work with Hotere, May 25 at 12 p.m. at PGgallery192. May 11 – June 4.

May is NZ Music Month and the NZ Music Commission is on tour The art of the record, original album covers of artists and musicians. Among the many highlights is The mint chicks, crazy? Yes! Stupid? No!, 2006, recipient of five awards at the 2007 Vodafone New Zealand Music Awards, while Mint Chicks guitarist Ruban Nielson received the award for best album cover. May 17-23.

It is an unspoken reality that artists sometimes fail to resolve each work they create. Min-Young Her and Orissa Keane unite runners with national selection in Seconds of art. In the art world, context is paramount, and they also observe that as an installation, “the presentation and sale of failed experiments, dead and generally unsaleable works, plays with the conventions of display, label and value “. May 11-22.

Recent photographs presents the work of 20 artists, acting virtually as an investigation and introduction to contemporary photography in Aotearoa in 2021. It’s an impressive lineup with an equal share of surprises. that of Marie LeliÃ¨vre Sound (woo), is a “painter” photograph that takes photography to a really interesting place, and also among the names of Recent photographs are: Conor Clarke, Rob Hood, Anne Noble, Peter Peryer, Nathan Pohio and Heather Straka. Until May 22.

In 2021, painting remains a unique means of communication, constantly reinventing itself and confirming that painting on canvas, cardboard, linen or other, reveals â€œalternative narrativesâ€ to the dominant culture. In her attention to the qualities and potential of her materials, Olivia Chamberlain’s reconsideration of abstraction and the figurative in Free room is superbly distinguished as fundamental to the unique and immeasurable personality of contemporary painting. May 11-31.

Born in Ashburton and now residing in PÅneke Wellington, Hamish Coleman’s cropped video footage of sites and buildings in his hometown are familiar, yet touching and haunted memories of places and people. On return is a refined body of work and the convincing ambiguities of Coleman’s response to the subjects of his work in On return are based on his confident handling of oil on linen and his reductive monochromatic palette. Until May 16.

Performance artist Audrey Baldwin has opened an art chemist service. Externally, it is a pharmacy with pill bottles, but its consulting services consist of prescribing recommended visits to galleries, performances, works of art and artistic events in ÅŒtautahi. art chemist is a timely project, affirming the importance of well-being in our lives and highlighting the quality and diversity of a myriad of artistic practices and artistic events within everyone’s reach. Until May 16.