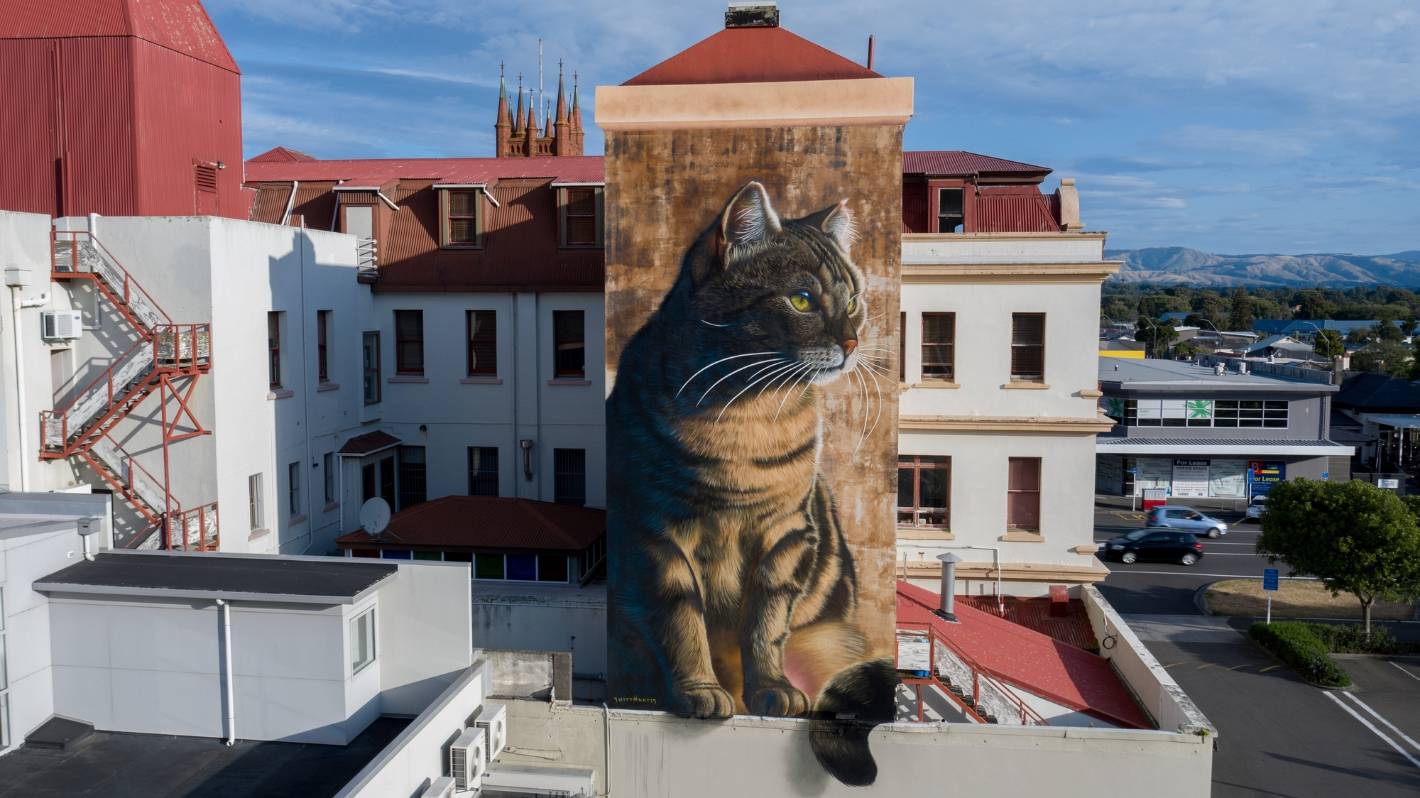 Highlights of the Canterbury arts calendar in March include an exhibition of mythical and medieval figures in embroidery and a video insight into the lives of local immigrants.

Annabel Menzies-Joyce and Peter Joyce’s spacious estate garden and park are open for three weekends in March. An annual public event since 2014, its commitment to contemporary art and the regeneration of native species make it an all-inclusive experience. Permanent artworks are installed with new works by senior and emerging artists working with a diversity of materials including bronze, linen, bran and more. Open Saturdays and Sundays: March 5-6, 12-13 and 19-20, from 11 a.m. to 3 p.m. Admission: $10 per visitor, free for children under 16.

Established in 2017, the ZAFAA is an annual art award that has garnered national attention. Consisting of a top award for practicing female artists and its Younger Generation award for artists between the ages of 16 and 20, it recognizes the significant contribution of female visual artists to contemporary arts practice in Aotearoa. The judges in 2022 are artist Julia Morison, curator Imogen Stockwell and artist/educator Hannah Joynt. March 19-April 24

Presenting her first solo exhibition in 2021 at City Art Depot with a series of extraordinary works on paper, the current exhibition by Christiane Shortel is also a surprise, the artist turning to embroidery, subjects of her new works, figures mythical and medieval, serving as symbols and metaphors to reveal the persistent, curious and restless nature of human behavior. February 15-March 7

CoCA Toi Moroki opens its latest program of exhibitions in association with Objectspace, with the relationship finally seeing CoCA deliver its most cohesive annual program of exhibitions since reopening in 2016. The finale with Objectspace consists of two standout exhibitions: that of Peter Hawkesby soft brick and Judy Darragh Competitive plastics, Hawkesby’s finely hand-set works in clay, possessing a striking presence and personality. February 26-May 7

Chloe Summerhayes holds her first solo exhibition at Ōtautahi, an impressive series of contemporary paintings that possess the spirit of 17th century Baroque painting in their grand gestures and marks, complemented by abstract forms that push and pull against the boundaries of the plane of the image. Earthen is a pictorial experience, the gallery visitor standing in the midst of fluctuating abstract and figurative images. March 2-19.

best known for The darkness in the lighta collaborative project with the Muslim community, photographer Janneth Gil plays a central role as a participating artist in Immigrant journeya project with his photographs and the videos of John Sellwood. Immigrant journey highlights and seeks to share the opportunity for Ōtautahi residents to step into the lives of local immigrants in 24 videos of families and individuals. March 10-May 15

Life on the farm has never seemed so strange. Mid-Canterbury artist Kate Cairns lives and works with her husband and four primary school children in Barnhill, North Canterbury. In green like grass the given familiarity of family, cattle grazing, children and home is glued and reassembled in all its finery to reincarnate as hay as the sun shines an experience unlike any other, revealed as if for the very first time. March 6-31.

Working with transparent silk and chiffon, Polly Gilroy refines and expands the possibilities of contemporary painting, creating transparent geometric objects that, in their economy of form, are both concise and poignant. In tracks, Gilroy takes her imagery beyond the framed format of traditional painting in a six-piece installation in the gallery that she says continues her exploration of light, while now replicating shadows cast on the walls. March 15-April 9

green bird is an exhibition-investigation, bringing together four years of work by Andrea Daly. If jewels are certainties, Daly’s jewels do something else. She comments, “Sometimes a job is full of joy and beginnings and yet that same job the next day can carry the weight of worry and loss. There are many strands in this exhibit, but the threads seem to weave together and the different ideas, fluttering lightly, somehow speak to each other. March 9-April 9

Art exhibitions to discover in KL and PJ in March 2022

Creation from Destruction: Why British Post-War Art Has Never Been More Relevant | Art