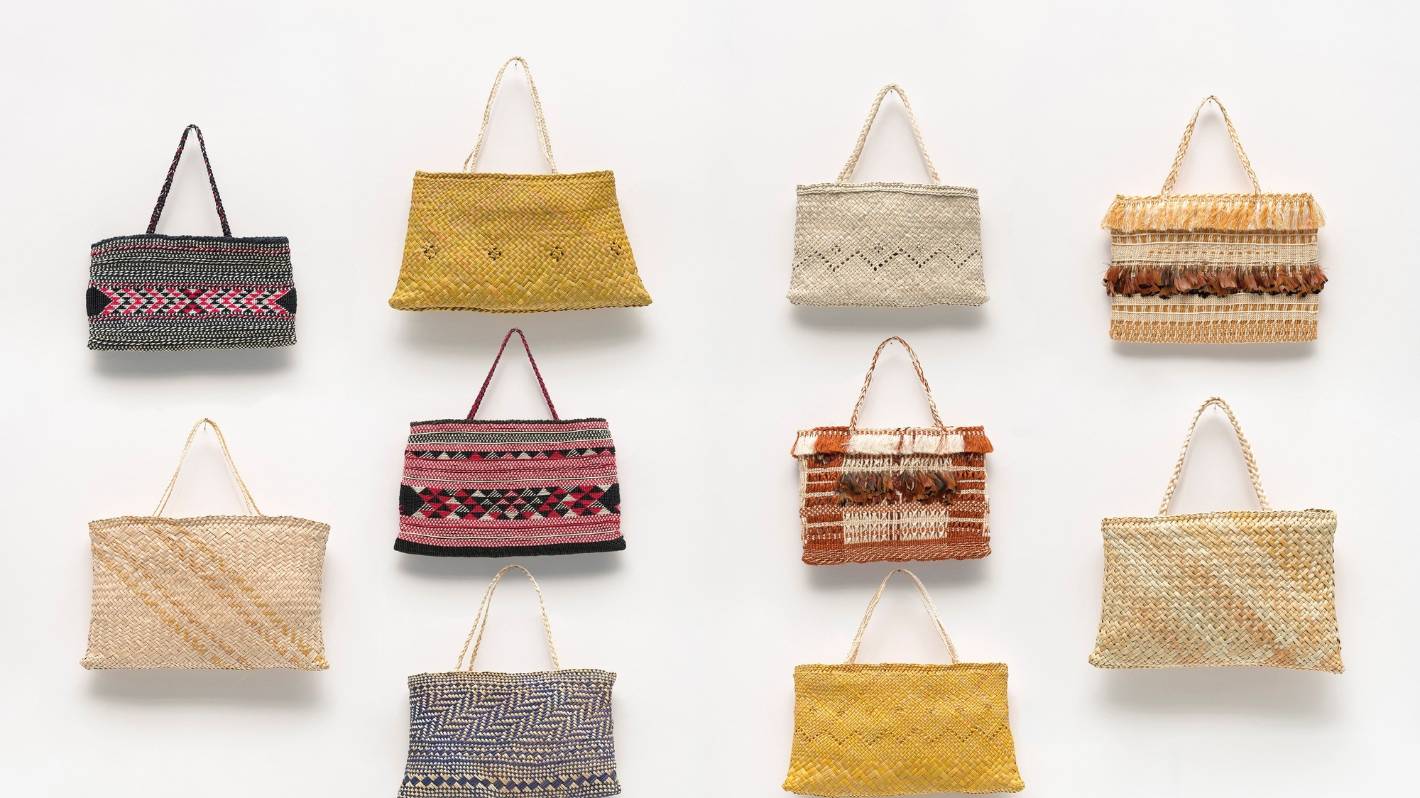 10 exhibitions not to miss in Canterbury in January

Aotearoa’s most respected contemporary Maori weavers are represented in a major survey that may well be the most significant exhibition in the public gallery’s 90-year history. Such a claim also begs the question; why did it take so long? Inevitably, the answer lies in colonialism and the hierarchies that public galleries have traditionally assigned to arts and crafts. A partnership project between Christchurch Art Gallery Te Puna o Waiwhetū and Te Roopu Raranga Whatu O Aotearoa, with support from Toi Māori. December 18 – April 23.

The Ravenscar Trust Collection is the private collection of entrepreneurs Jim and Susan Wakefield, now available to the public. The collection contains five paintings by Colin McCahon and the first work acquired was Taylor’s mistake, 1948. Susan’s daughter Francis Lojkine remembers it as the view from their home over Taylors Mistake and its headlands. For McCahon, Taylors Mistake stood out among his landscapes, many of which then served as the backdrop for his interest in New Testament subjects. Open every day.

Isolation hotel is both installation and exhibition, a 1930s German hotel that is both of this world and not of this world. On both counts, he is disarmingly hospitable. Whether meeting the struggling hunter or Queen Mambokadzi Tsvarakadenga, Straka invites us as hotel visitors to consider the familiarity of ‘otherness’. A timely and welcome invitation to all, Isolation hotel does not disappoint. Until March 20.

Representing Aotearoa at the Biennale of Sydney in 2020, the exhibition of Kulimoe’anga Stone Maka, originally from Tonga, Kume Ē Manatu (Finding Black Tapa Memories), features new works that have their origins in his time as 2009 Macmillan Brown Pacific Artist-in-Residence, exploring traditional processes of smoking Tongan mats into smoked webs. They share the Jonathan Smart Gallery with a major new work of tapa noir. Starts January 28. End date to be confirmed.

Moving from Madras St to Peterborough St, Ng Design has, to some extent, retained its stable of artists, their presence bolstered by a range of new work. Artist and designer Tim Main’s questioning tribute to the native species and woods of Aotearoa, Kauri Totem, is a group of meticulously crafted sculptures in stained oak and ceramic, as ironic as they are irresistible, animated objects. January and February.

Sandra Hussey, painter from South Canterbury Contain the change consists of new works that assert their presence as abstract images separated from, but connected to, the natural world. Central to these paintings are the dynamic and reflective relationships that Hussey establishes within and between the paintings, his focus on a conversation about expansive abstract forms and smaller, more intimate forms. January 19 – February 5.

Six women artists from Ōtepoti Dunedin prove that feminism in the 21st century is as vital as it has always been. Configure delivers its messages on a grand scale, occupying all of the gallery’s exhibition spaces, its life-size and larger-than-life figures entertaining and amusing, yet equally intimidating and challenging. Until January 21.

Summer selection is a rotating exhibition of the gallery’s artists, including works by Polly Gilroy, Katie Thomas and Donna-Marie Patterson, a sculptor and installation artist whose practice also includes complex works on paper. Patterson’s drawings connect the relationship between science and art in images that reconcile the small detail of the natural world with artist Henri Matisse’s assertion that drawing is about “taking a line for a walk”. January 18 – February 11.