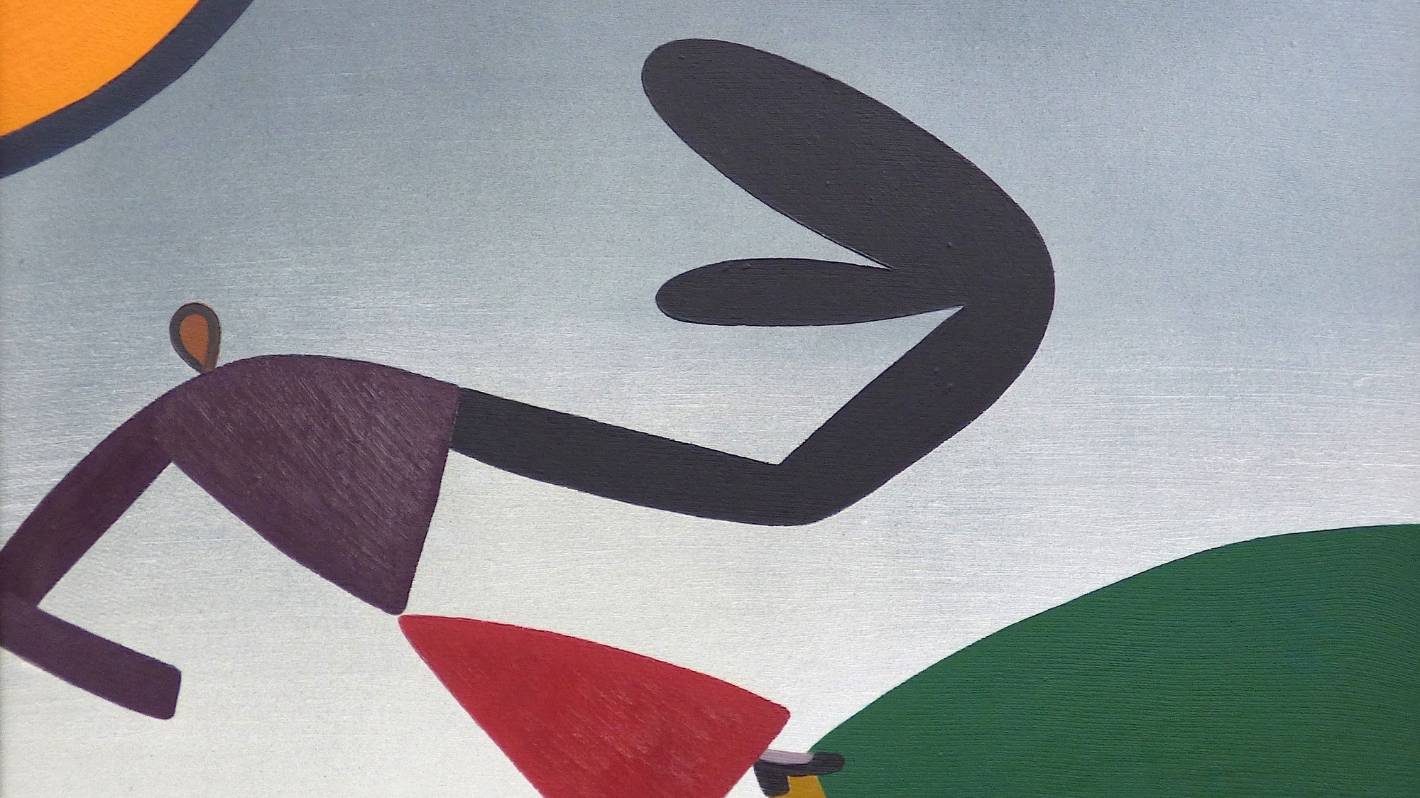 Warren Feeney’s list of April’s 10 must-see exhibits includes a video installation of the New Brighton coastline, an exhibit dedicated to his support of Women’s Refuge and the potential of the visual arts for well-being and community building.

An artist whose painting was often described as that of an “artist’s artist”, Eion Stevens (1952-2021) leaves a legacy of five decades of painting in which the solemnity and humor of the behaviors and circumstances of the humanity are examined and cherished, locating the unsuspecting gallery visitor in a familiar yet enigmatic world. Tribute to Eion Stevens is also Stevens’ inaugural biennial exhibition of selected paintings, their sale supporting Women’s Refuge. April 20 – May 7.

A first encounter with the sculptures and ceramics of Francis Upritchard might suggest that his handmade objects and paintings are not necessarily works that deliver familiar claims about a contemporary artist who “breaks boundaries”. Yet the more time spent with Upritchard’s work, the more his subjects are not what they initially appear, masking a particular grandeur that continues to underpin Upritchard’s practice and his audience. April 2 – July 24.

During the second weekend of April, the Windsor Gallery holds a two-day exhibition of its represented artists. Among them is the photorealist Kees Bruin, an artist whose practice is arguably the best known internationally. In addition to his involvement with Christianity, surfing, mythology and science, the Old Masters are also among his subjects, Bruin’s favorite artists including Caravaggio, Giorgione and Vermeer. April 9-10.

Melissa Macleod, New Brighton resident and 2021 Olivia Spencer Bower Award recipient, has put together a video installation that exudes allegiance and commitment to New Brighton. Yet there is more. Macleod’s contrasting images reveal the pleasure of “having the ocean as a neighbour” and the necessary responsibility associated with such privilege. Until April 29.

Performance artist Audrey Baldwin is the recipient of the Zonta Ashburton Female Art Award in 2022. The award continues to go from strength to strength, a message that is reiterated in the accompanying exhibition catalog and the timely selection of Baldwin as her most recent recipient, his interactive/participatory project Art Chemist drawing attention to the importance and potential of the arts for well-being and community development. Until April 24.

Henry Turner describes the title of his new exhibition, APGA as “unknown”. Yet such an assertion serves as a smokescreen. APGA tackles the territory of found worlds populated by strange, “newly discovered” life forms and geology. Indeed, the exhibition insists that we direct our attention to the experience of Turner’s paintings, each functioning as a raised wall sculpture and a distinct experience of looking through the window. April 12 – May 2.

The Central celebrates its 5th anniversary in April and its directors, Richard Laing and Jonathan Smart, celebrate 46 exhibitions during this period with a selection of senior, mid-career and emerging artists and an awareness of historical links with the former galleries of the Center for the Arts. Nineteen artists in the April exhibit range from recent graduate Zara Dolan to famed printmaker/painter Stanley Palmer. April 7 – May 15.

Even in the darkness is Jacob Yikes’ most compelling exhibition to date, evident in the shades of paintings that are essentially self-portraits despite and because of the expansive landscapes that invade the gallery. Additionally, the imagery of Even in the darkness makes a connection with the mural Tuam St of the artist, Alice in Wonderland. Certainly work in metallic ink and acrylic paint on cardboard, Even in the darkness is Yikes at its best. April 1-30.

9. Julia Morison, 6 (.) 3 degrees apart, Jonathan Smart Gallery, 52 Buchan Street, Sydenham. Julia Morison’s art is grounded in her engagement with many ideologies and philosophies across time and space, characterized in her painting and sculpture as open visual and theoretical conversations. The good news about 6 (.)3 degrees of separation is its realization in two parts; new works related to 1986 by Morison Vademecum II series and Omnium Gatheruman ongoing project since 2015. April 2 – May 7.

The Physics Hall again exceeds expectations with an exhibit that shapes the ties between Aotearoa and the Chinese whakapapa. The lavish installation by artists Wai Ching Chan and Tessa Ma’auga uses traditional Chinese knotting, paper-cutting and weaving techniques with a diverse range of materials, connecting and reinforcing both objects and an idea of ​​an ambition. and a reality. Until April 24.